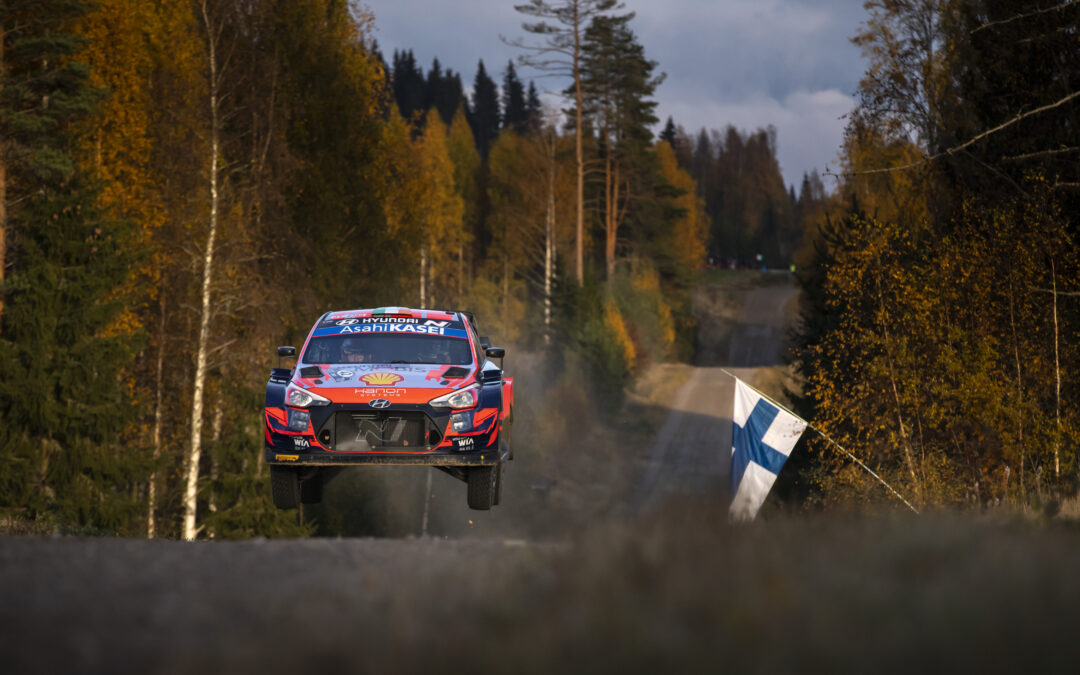 The Irish duo took two stage wins with victories in stages 2 and 5.

It sounds pretty good to be rally leader this evening. We have had an amazing day and I’ve enjoyed every second of it. The stages are really nice, and especially the final one in the dark. I have always questioned what Finland would be like in night conditions and now we know – absolutely incredible! The later runners were a bit more in darkness, and I actually had some moments at the start. We lost a bit of rhythm, missed a couple of junctions but nothing terrible; I enjoyed the last part inside the forest, and it was nice to see the time at the end. I think everyone is going to find a little something extra tomorrow, so we’ll try to take any opportunity that comes our way.”

Ott Tanak took two stage victories back to back in two and three and speaking following the action he commented saying:

It has been a surprisingly good day and very consistent. On the small narrow roads, we were a bit handicapped and lost a lot, but on the fast and flowing parts we were on the pace. The improvements in the car on these fast roads are down to the efforts of the team, who have been working hard; they’ve done their job well and the performance here is better than it has been for them in the past. My pre-event test was not fully representative, so I had to make some changes to the car to find some confidence. Thankfully, it was a better direction. Tomorrow, we have some tough stages and a long loop, so it’s definitely going to be the big day of the weekend.

Thierry Neuville is in sixth place overall going into day two and speaking following the action he said:

From our side, the day was going quite ok, and we were in the fight up to the final night stage. I struggled to see the road at the end in the darkening conditions. I was quite fast in the first two splits, but the last section was very challenging, and I couldn’t commit as I would have liked. Up to that point, I had a good rhythm in the car and could push, so if we can pick up that level of performance tomorrow then we’ll see what we can do. Nothing is lost yet. We have to try and do the best we can to close the gap and if not, then we’ll try to keep our position and enjoy the stages.”

“Clearly, it has been a complicated day, but we have seen an incredible fight between all the crews. We bring back a provisional 1-2 tonight which, all things considered, is a good start. We can see the battle is at the level of tenths rather than full seconds, so we must remain focused and well prepared. Craig and Ott have done an amazing job, and I am sure Thierry will be able to catch back some of the performance that, for different reasons – including his starting position – he has not been able to show today. Overall, the level of competitiveness we have shown today makes me proud of our team and the job done to prepare for this rally”