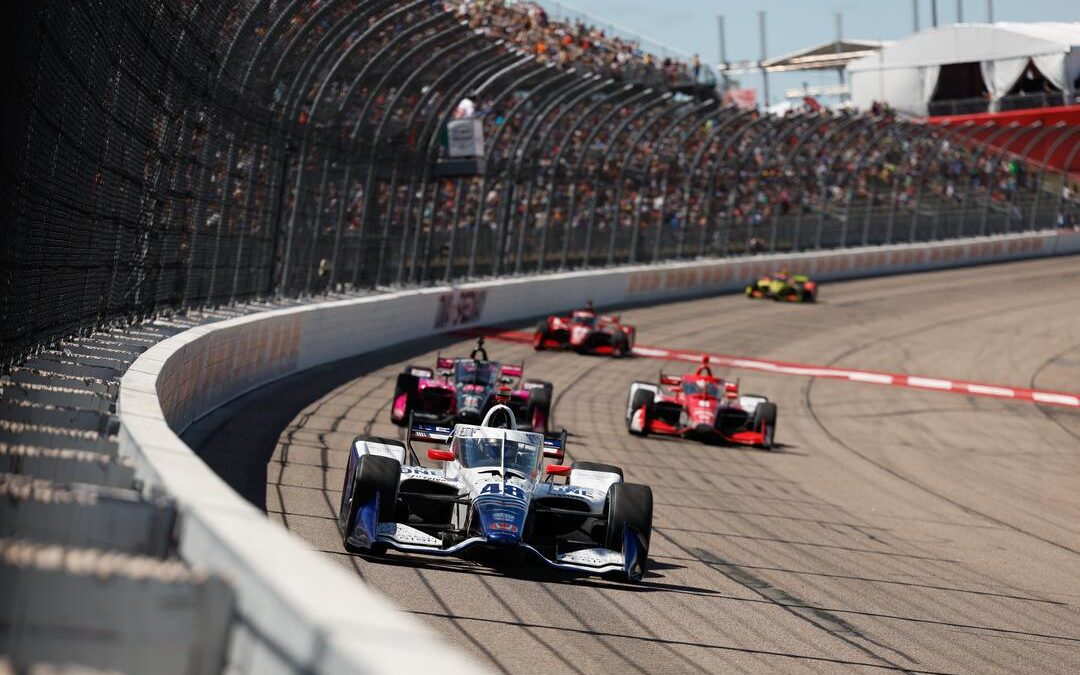 The seven-time Monster Energy NASCAR Cup Series champion started the race from P13 and drove like a veteran NTT IndyCar Series driver to come home just behind his team-mate and six-time champion Scott Dixon and ahead of championship leader Marcus Ericsson.

This is a really special day for me, and for everyone who’s been with me on this journey in Indy car. It took me a little while to get my best finish, but today was just a fun race today. We’ve had tons of support all the way from my teammates and the entire Chip Ganassi Racing organization. I raced my teammates with the most respect I possibly could, and this is the first time I felt like I could fight for position with them. It was just an awesome day.”

Scott Dixon in the No.9 PNC Bank Chip Ganassi Racing Honda came from P18 to finish the race in fourth place and in doing so has jumped to fourth in the championship and is just 34 points behind leader Marcus Ericsson.

It was a little frustrating on the restarts, as our chassis was bottoming out. I tried to attack on the last [restart] for a podium, but couldn’t pull it off. But the long runs were really good for us all weekend long, our Honda was strong as always, and that paid dividends today with just the couple of cautions we had in the race. I had a lot of fun racing my fellow ‘Kiwi’ [Scott McLaughlin] trying to get that podium finish, but fourth is good [championship] points, a great day for the entire Chip Ganassi team.

First and foremost, we wish all the best for Josef Newgarden. It certainly was a hard hit and we hope to see him back in the cockpit next weekend. Regarding today’s race, the results speak for themselves, it seems we have pretty significant chassis work to do on short ovals. Credit where it’s due, it was a masterclass from Team Penske and Josef for most of the weekend. We have a lot to learn and improve as a collective group, simple as that.
Well done to Chip Ganassi Racing for making the best of things and bringing home some solid results for their team and for us at Honda.”