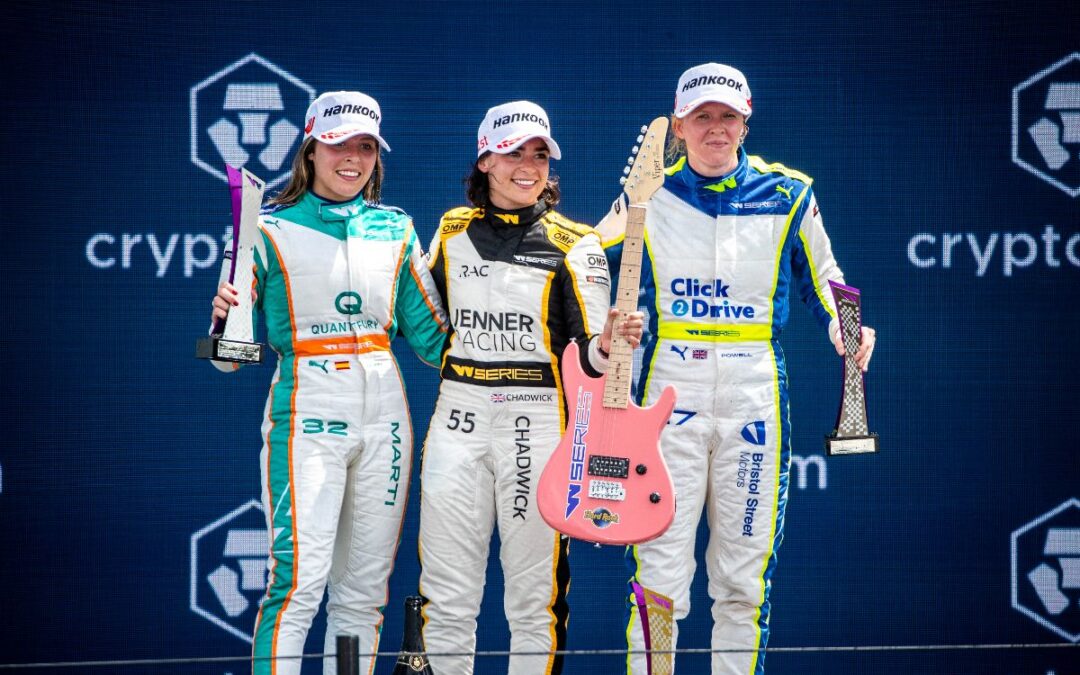 Defending W Series champion Jamie Chadwick claimed a dominant race win in Miami on Sunday to give Jenner Racing their second win of the season following on from Saturday’s victory at the Miami circuit.  Speaking following the race, Chadwick said:

“I’m really happy with that win and happy to bounce back to be honest. I lacked confidence yesterday and didn’t feel like I deserved the win, whereas this was our first proper race under green-flag conditions and I’m happy to get that one under my belt. With the nature of the circuit and the heat, it was all about keeping it clean, making no mistakes and keeping the tyres in check. Nerea [Martí] kept the pressure on, but I responded when I needed to, stayed calm and managed the gap well which gave me some breathing space at the end.”

Nerea Marti bounced back from a difficult race on Saturday coming home in second place while Alice Powell was third following a late-race collision with Emma Kimilainen. Speaking following the race, Marti said:

“Obviously I wanted to win the race, but I’m happy with second place. I did everything I could to get past Jamie [Chadwick], but the end of the race was difficult because I was nervous and couldn’t find the pace, but it’s still a great improvement on yesterday. I’m looking to carry this momentum to the next race in Barcelona, which is a circuit I like and I’m excited to race in front of my home fans.”

The first thing was trying not to stall on the grid after my bad start yesterday. My start still wasn’t great, but it was better and I held my position. From there, it was about trying to learn the car because the practice and qualifying sessions were a bit messy. I was struggling in the first sector over the bumps and I couldn’t catch up on the straights. It was a good scrap with Belen [Garcia] and I worked hard to catch Emma [Kimiläinen]. She lost it on the brakes and I couldn’t avoid her. The car was horrendous to drive after that because of the damage, but luckily I held on.

“It’s all about trying to catch Jamie [Chadwick] now. I should have been on pole position yesterday but the red flag hurt me in qualifying. I need to be consistent and avoid results like yesterday when I put it in the wall, which was completely my fault.

Belen Garcia was fourth just ahead of Emma Kimilainen who recovered from her spin to finish the race fifth place just ahead of Abbi Pulling and Beitske Visser.

Sarah Moore was 8th just ahead of Marta Garcia while home favourite Chloe Chambers made it a double-points finish from her W Series debut race weekend. Fabienne Wohlwend was 11th just ahead of Emely De Heus and Abbie Eaton.

Bianca Bustamante was 14th just ahead of Juju Noda and Tereza Babickova. Following her maiden W Series podium in second place on Saturday after being promoted Jessica Hawkins finished race 2 in 17th while Bruna Tomaselli rounded out the order in 18th. Next up for W Series is Barcelona.