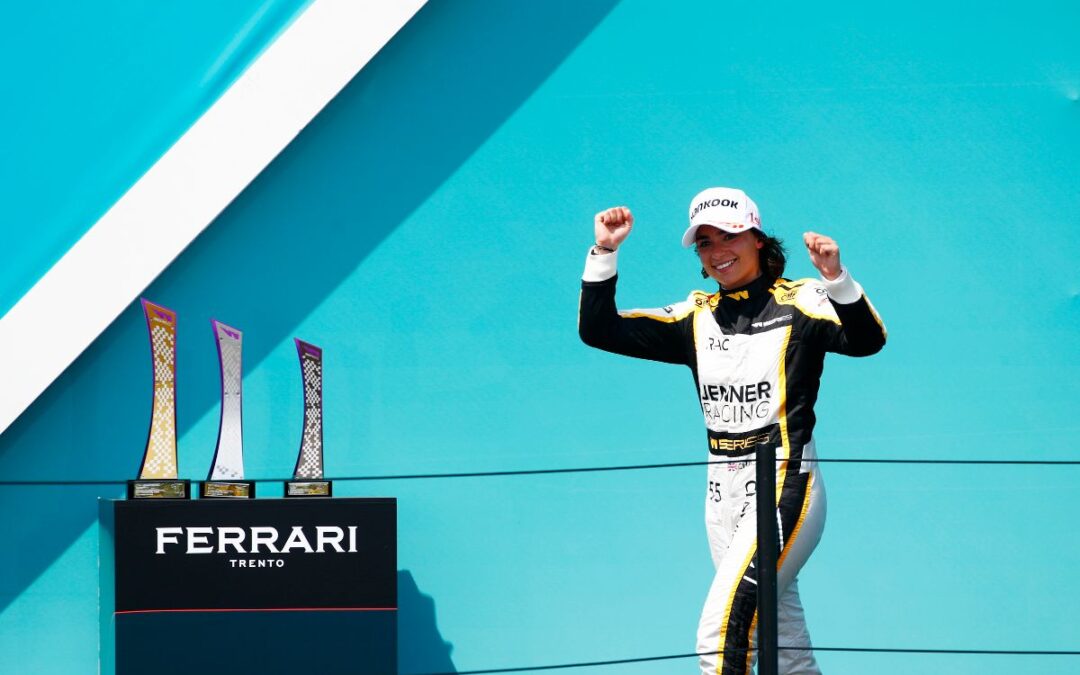 Defending W Series champion Jamie Chadwick got her title defence off to a winning start in the opening race of the season in Miami on Saturday.

Chadwick started the race from second on the grid and claimed her seventh career win and 13th podium in three seasons.

When the race restarted it wad Chadwick who kept the lead ahead of Emma Kimilainen.

Beitske Visser was fourth just ahead of Abbi Pulling and Bruna Tomaselli while rookie and home favourite Chloe Chambers was seventh.

Nerea Marti recovered from her poor start to the race to finish in eighth.

Emma Kimilainen took the lead in the race after Fabienne Wohlwend and Abbie Eaton made contact and retired from the race.

Belen Garcia was ninth while Sarah Moore rounded out the top ten.

Juju Noda ended the race in P13 just ahead of Tereza Babickova and Emma Kimilainen who was classified in 15th.

“I don’t know if I deserved that victory. Emma [Kimiläinen] got a bit unlucky with the restart, not knowing if it was going to be a proper restart or not. I struggled for pace, and she did a good job to get past when she caught me out. I was just trying to get some points as I was struggling. It’s a win and I’m a bit surprised by that but I’ll take it and I’m happy as it’s a great start to the season. We’re on pole position tomorrow as well so I’m looking forward to that.”

It was a great race for me! Last year, my starts weren’t very good so I wasn’t sure how it was going to be this time, but today it was strong. I made a really good move into the first corner, then there was a safety car period which was quite long. At the restart, I was in a big fight with my team-mate Fabienne [Wohlwend], I managed to pass her into third and tried my best to stay there.

“When the last safety car came out, I wanted to finish the race then because I was in a podium place! On the last lap it was crazy, Emma [Kimiläinen] went wide into the first corner and I overtook her, then she tried to overtake me in the last corner but she was on the outside and I was on my line and we touched. I’m just really happy with the result and looking forward to tomorrow’s race.”

Today was just about the perfect way to start the season with my first W Series podium. It was such a chaotic race, but I managed to stay out of trouble and keep pushing. I’m a bit lost for words, but I can tell you that it feels great and I’m very happy. We’ve got another race to focus on tomorrow and I’m hoping for another strong performance.”

“Well I’ve never seen anything quite like that race to be honest! It’s the first time at this track, it’s really hot, and the drivers are all a bit rusty, but lots of them will have to have a long, hard think overnight and come back stronger. We’ll put that one behind us and start again tomorrow.”