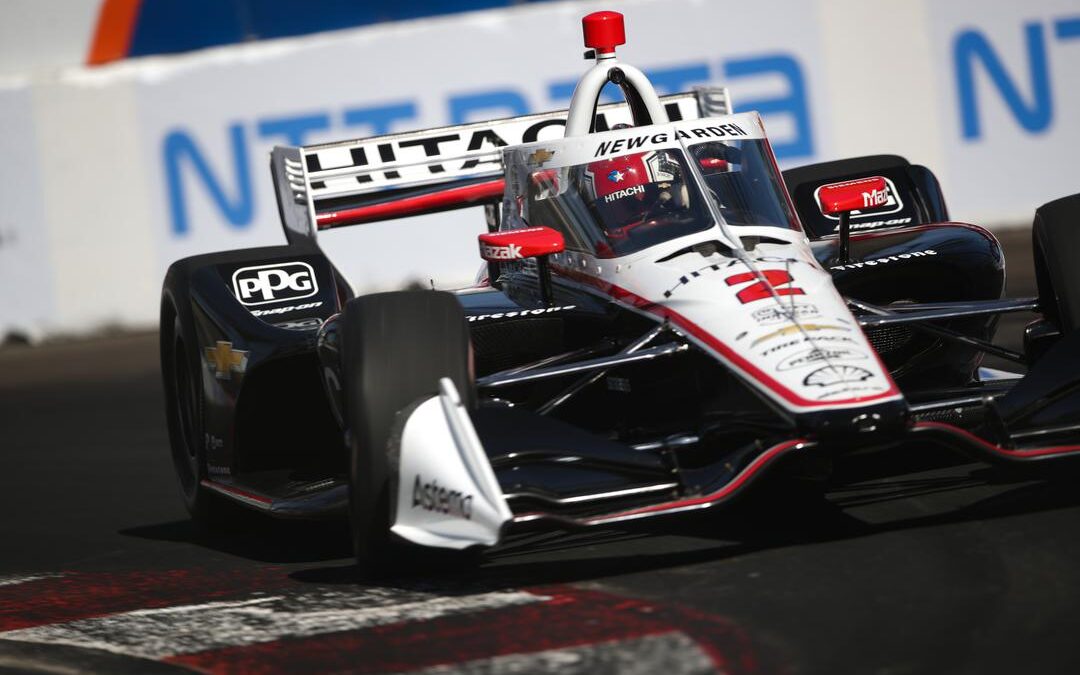 Team Penske’s Josef Newgarden in the No.2 Hitachi Chevrolet was the highest placed Chevrolet-powered driver in qualifying for Sunday’s Acura Grand Prix of Long Beach as he starts the race from second place on the grid with a time of 01:05.7550s.