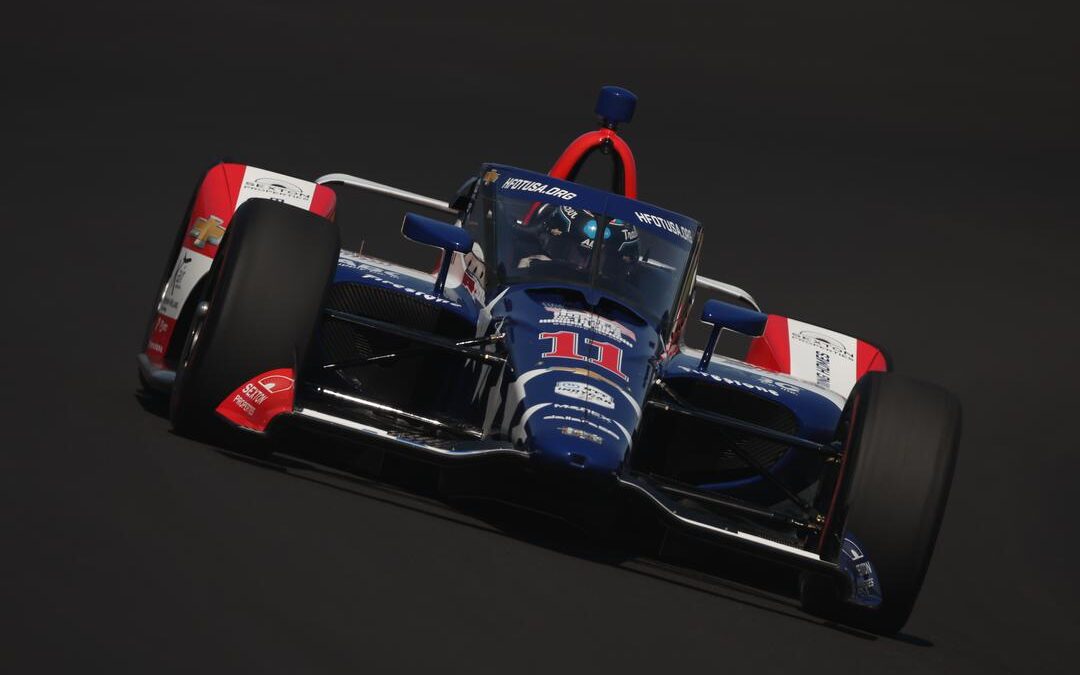 It’s Fast Friday at the Indianapolis Motor Speedway today, where drivers get the full boost and we could see speeds of up to 240MPH.

AJ Foyt Racing had a solid day with JR Hildebrand in eighth while Dalton Kellett was P15.

We got through a lot today, conditions were hot for most of the day cooled off towards the end. You know, I think the positives for sure, just all the cars, including stuff we’ll send in the Dragon Speed cars, you know, everybody’s contributing and, we’re all kind of dealing with the same stuff out there. So, I think as long as everybody’s converging, if we’ve all got the same problem, that at least gives us some confidence that we can address what we need to address. We ended up kind of figuring a few things out towards the end of the day. And going into tomorrow, the game plan definitely changes. You will still be working on the handling characteristics of the car, carrying over, we have some the expectation that some of the things that we’re working on today will still remain to be things that we’ll work on as we head towards qualifying but get the extra boost, you know, it’ll be eight or 10 miles an hour or something once we once we really trim out and get with it. So excited to see what the majority of Chevy has in it when we roll out tomorrow and always fun to start working on qualifying at Speedway.”

alright so we just missed the rain here’s we’ve got our full session and today was great because it’s, you know, with the week of practice you still need to get as much time on track as you can to get the car ready for the race. We really only did one trim run today. We wanted to kind of focus on our race car we started the day I think after the rain yesterday, we started the day a bit unsure of the rear end I think some of the rubber got washed away. And it was a bit a bit sketchy but we made some changes made it better and had a good race run at the end so everything’s looking good.”

“A really solid day for us today. We did a lot of race running and gathered a lot of data. Tomorrow is going to consist of all qualifying running on Fast Friday. I’m really happy with the car, so I’m excited to see what speeds we can achieve tomorrow and during qualifying. Once we’ve got qualifying done, we’ll be back to working on the race car to see if we can make it go even better before next Sunday’s race.”

“That was good! We tried a lot of things today. We made a lot of improvements in the car but there’s still a little way to go to be really good. I would definitely say it’s been a positive day. Tuesday was a bit more difficult as we thought we’d be stronger after the test, so we were a little bit disappointed, but now I feel like we have a decent race car. Now, we’ll focus on qualifying as we head into the weekend and see what it brings. The forecast doesn’t look great for Saturday, and it’s going to be windy, so that could make it difficult.”

“A pretty solid day for Arrow McLaren SP, we learned a lot. It was a bit up and down with how the car felt, on one run we were superstars, then the next we were scratching our heads a bit. This place is always tricky, so we just have to be calm, look at what we’ve learned as a team across the three cars, and nail it for race day.”

“Hey, everyone. So we’re day three here at Speedway you get lost track of time. It was a good day as a qualifying day for us. We were working on a lot of different things to see how we can be faster this weekend. Keep working on everything with Team Chevy that keeps me positive for qualifying. Our Shell Rewards car is really fast. We need tp have a good weekend, we got to be fast. We need to get it up front for some points and start the race well. Make sure you tune in and cheer us on.”

“Yeah pretty, pretty good day. Just doing qualifying simulations obviously at the lower power level. Everything’s going to be more difficult tomorrow. When the boost gets turned up. Quite a bit more horsepower so we will be heading into the corner 10 mph faster. It’s going to be more windy and hotter. So definitely going to be tough, but I think we found a good place to star

“So it seems that everything’s going quite well at the moment. It seems like it’s a pretty even match right now between Honda and Chevy. Which looking I guess from the outside view, it seems like Chevy’s made a pretty big step. Not only this weekend but the entire year. And I’m curious to see what’s going to happen tomorrow. We think there’s kind of a confidence and a good aura around everyone that has Chevy power, and we’re expecting big things from them.”

“Track conditions seemed to make it quite difficult, but overall I don’t think it was a bad day for us! We really started to focus on getting ready for qualifying. We were doing a lot of single car running and no-tow speeds seemed to be quite good. That’s what we’re focused on, qualifying is of maximum importance and I really want to qualify well this year. We focused a lot on that this afternoon, which is good.”

“Today was a good day. It was dry! The car felt really good in qualifying trim, and then in race trim we felt very good too. Overall a solid day! We made improvements and I have a good feeling heading into Fast Friday!”

“It was a little bit of any up and down day for us,” said Ferrucci, whose team announced an additional partner Thursday with the famed Barrett-Jackson organization joining the No. 23 car. “We got some qualifying running early in the session and we got an idea for the direction for the car. The race car setup felt pretty good, and we are happy there. We’ll see what happens on ‘Fast Friday’ and it’s supposed to be windy. So, we’ll see how things go throughout the day.”

“Day 3 in the books at IMS and we did a mostly qualifying stuff throughout the day,” said Karam, who won the “Hard Charger Award” in the 2021 Indy 500 by passing 24 cars for a seventh-place finish. “We worked through many different trim levels, and I think we were pretty decent on the ‘no-tow’ speeds. The car felt pretty good. Santino also worked more on the race trim settings, and I worked on more qualifying trim. We plan to do a little more setups, but the forecast is pretty gusty with the winds. We’ll have to wait and see what the weather brings.”

“We started out race running and we weren’t as good as the other day at the start, but we just didn’t kind of have the balance quite dialed in yet. We made good improvements in race running from where we were a couple days ago. Then we started prepping for qual sims to make sure we have a good balance in the configurations that we plan on running tomorrow once Chevrolet really turns loose all that horsepower! I’m looking forward to that.”

“It was a pretty long day. We hoped for quite a lot of single-car running and focused on our qualifying stuff. Toward the end of the day we did some pack-running. So we tried to get the best of both worlds. There are a few things to improve on and we’re slowly getting there and increasing the speed every run. We’re just chipping away. It does seem like a long week but it does close up pretty quickly, especially with the rain yesterday. Overall it was a good day. We’re getting there. I’m happy and looking forward to tomorrow. It’s going to be a bit windy and everything gets turned up a bit tomorrow. Hopefully we can do a good job in this Juncos Hollinger car.”