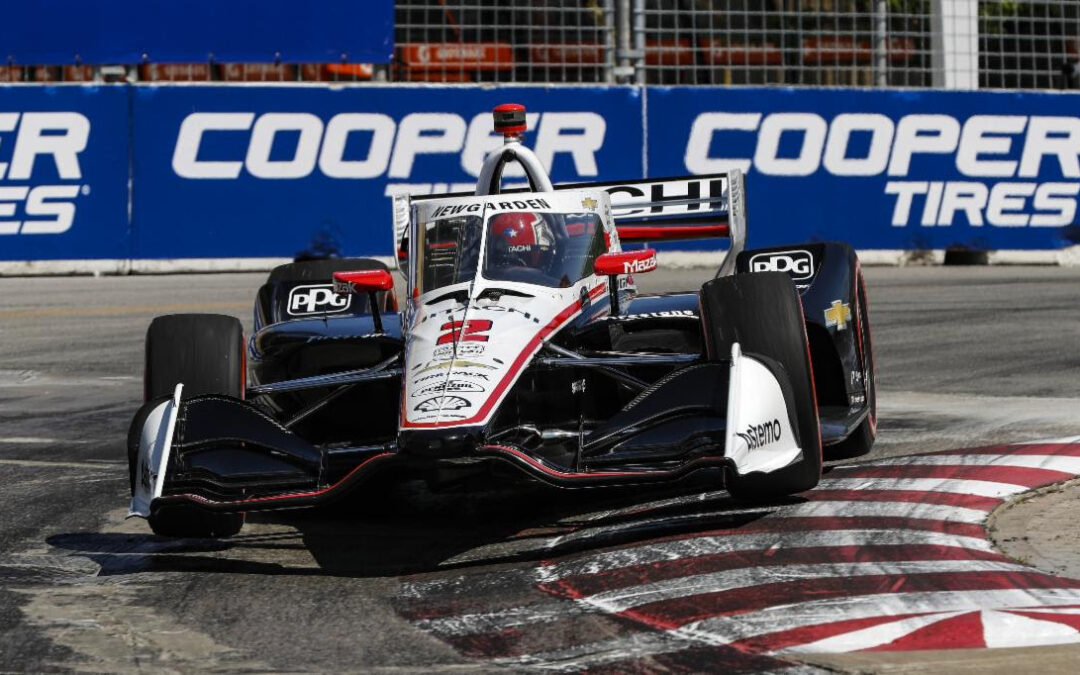 Two-time Honda Indy Toronto race winner Josef Newgarden in the No.2 Hitachi Team Penske Chevrolet will roll off from third place in Sunday’s race at Exhibition Place as the NTT IndyCar Series returns to Canada for the first time in three years.

The Tennessee-native has been quick all weekend and rebounded from a fuel pressure issue this morning to record a 59.5257s speaking following the action he said:

“It was a good recovery from our crew. They put a whole new engine in this thing really fast after that second session and the car was great. I felt on that Fast Six lap that we were on a good one, a really good one. And then I ended up messing up at Turn 6. I overcooked the entry, tried to recover all of it on the exit, ended up touching the wall. And then it was kind of unraveled at that point. Really pleased with these guys. They did an amazing job. And so with Hitachi and Team Chevy, I think we’ve got something to fight with tomorrow. I’m really encouraged by that.”

Not to have the full practice to is that concerning at all? Do you feel like you guys are where you need to be as far as knowing what you need for the race tomorrow?

“I think all we sacrificed was Q running really and understanding what was going to happen right now. So, you know, I don’t think we’re behind to the race necessarily.”

“Awesome first qualifying session here in Toronto for XP Team Penske Chevy, and to qualify in the Fast 6 at a new track is a lot better than I did at new tracks last year so I’ve very proud of that. We’ve made some gains since 2021 and continue to gain with the team and car. I’m looking forward to tomorrow and think we can win the race from there.”

“P7, pretty happy with that. We ended up doing the time on used red tires. I think the only one on used tires, so that was pretty impressive. Good car, progressing through the weekend. Kept improving, kept finding little bits in my driving as well. I’ve had to guess and find the areas to improve because I don’t have a teammate and don’t have anything to look at but myself in the mirror. Great job by the team, great job by Chevy.”

“We’ve been competitive in every session here in Toronto. Normally we’re a bit stronger in qualifying but the No. 7 Arrow McLaren SP Chevrolet felt good. There weren’t any mistakes, but I was a tenth away from the Firestone Fast Six. It’s a shame because I had a set of fresh Firestone reds waiting for the Fast Six when we took that gamble in Q1. Sometimes you’re in the window and sometimes you’re a bit out, but I think it’s been good so far and we can do some good damage from P8.”

“I have to say, we did what we could. We need to continue working and see what we can make better for the race. It’s going to be an interesting race day; it’s a tough track. We haven’t been in the window all weekend so we have a lot of ground to make up tomorrow.”

“I should know that you must make it in the top six every time because this can happen. I had a really fast car again and it is crazy that three races in a row we’ve been like P2 in practice before qualifying and then between 15 and 19, 20. It’s frustrating. Obviously, this isn’t a great race to come from the back and it’s unfortunate we are gonna go to have to do it again. It’s definitely a track that can create a lot of mayhem so who knows.”

“We could barely get a lap in. Once the tires got warm, I only got in one solid lap on the blacks and then there was a red flag. With time for only one lap on reds and the tires still cold, I actually improved my time and I was happy about that. But then, someone spun, there was another red and I got my fast lap taken away. Tomorrow is a long race, there’s a lot we can do with strategy and I do think we a have a good racecar. I love passing people, so hopefully I can do a lot of that.”

“Definitely a tough session for us. Didn’t really get out of the pit box; looks like we had a failure somewhere in the fuel delivery system. One of the high-pressure pumps from the collector in the fuel cell wasn’t pumping fuel to the rail for our Chevy V6 so we weren’t able to get power so that was basically it. It is disappointing for us for the hometown race, obviously wanted a good qualifying performance to start further up on the grid and make our lives a little easier for Sunday, but obviously that wasn’t to be. We’ll just have to figure out what went wrong and make everything right for tomorrow. We’ll see what we have in warmup and go out and have a good race.”

“Unfortunately, we didn’t transfer to the Fast 12 today. We had a lap to do it and I just unfortunately brushed the wall out of turn six, which caused a rear left toe link to break and then we went to turn eight with the tire pointing the wrong direction. So super unfortunate, but we know we have fast car we were quick early on — on both sets of tires — we just didn’t get the lap there at the end.”

“Qualifying was a bit of a disaster, but really through no fault of our own. There were cars that were stopped in front of me at the beginning of the session, I’m not sure who decided to use half of the track as a gapping area. It meant that I got backed up into Colton (Herta), which I then got penalized for. That was a shame because it was the first lap out there, which was never going to be his fastest anyway. Then we had the red flag, which stopped our session. It literally could not have gone worse, which means tomorrow is going to be great.” 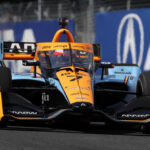 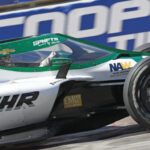 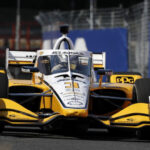 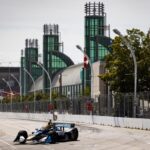 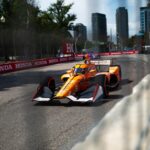 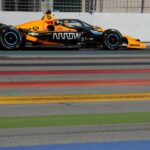 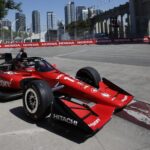 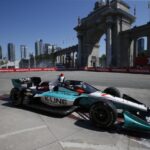 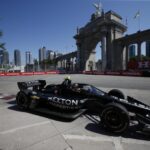