Chin Up And On To Monterey 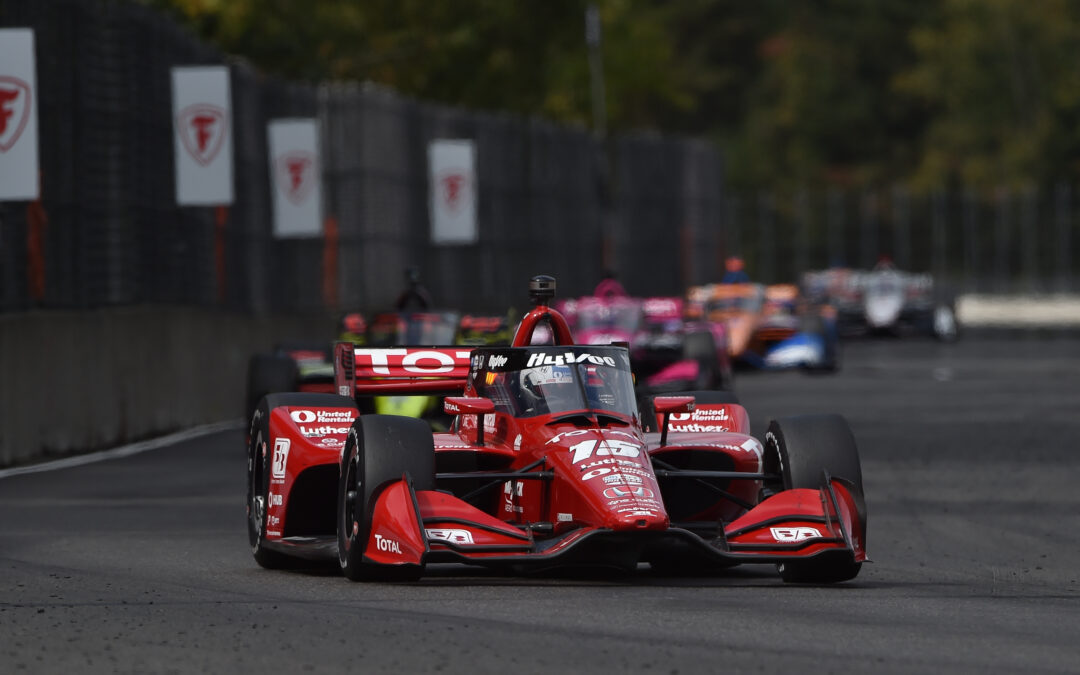 Rahal Letterman Lanigan Racing’s Graham Rahal in the No.15 TOTAL Quartz Honda couldn’t hide his disappointment after a poorly timed caution and strategy saw him finish the Grand Prix of Portland in 10th place despite leading 36 laps.

Portland has come to a close for us here on the Total Quartz Machine. You guys can probably imagine that I’m pretty upset, if nothing else just disappointed. Our guys did an excellent job today. We played the strategy right but unfortunately all the guys who caused the crash at the start are all the guys who won. It’s just a shame, I don’t know what else to say. I’m obviously disappointed, but the high points are that they definitely knew we were here. Our boys did an excellent job in the pits once again. The car was very strong, out front leading. I don’t know how many laps we led but it was a lot of fun to be out there and get the Total machine out front. We put our head down and finished all the laps here, and got another top-10. It should have been a win, I can’t help but say it, we played it perfect just sometimes in racing the yellows don’t go your way. Chin up and on to Monterrey we go.”

Takuma Sato in the No.30 Panasonic MiJack Honda came home in 12th place and speaking following the action he said:

Well it was a good race considering we started from the back of the grid, and then we tried the two-stop strategy, and I think we had one of the longest runs in the group on the two stop. Apart from a good team and good drivers, they sort of got a free stop and were in better conditions and in the end we couldn’t gain back on that position. I wish we could have finished in the top 10, but it was still a solid performance. I think the guys did a great job. It was definitely a positive weekend as we showed tremendous speed that we’ve gained on road courses. There are two races to go but we are very optimistic.”

Oliver Askew in the No.45 Hy-Vee Honda started his first race for Rahal Letterman Lanigan Racing ninth place but was left disappointed after being forced to retire from the race and speaking following the action he said:

Unfortunately our race in the #45 Hy-Vee Honda didn’t pan out the way we had hoped. We had some contact in Turn 1 at the start which put us on the back foot right away. We fought back up to 15th place, and everyone did a really good job on strategy, and the pit stops were clean so that helped us out there. Then on one of the restarts we got hit from behind again in Turn 2 and that pretty much stopped our race right there, I couldn’t get the car back in gear and had to park it. Unfortunate day for us after what seemed to be a very promising start to the weekend. Now I’m looking forward to next week in Laguna Seca.”