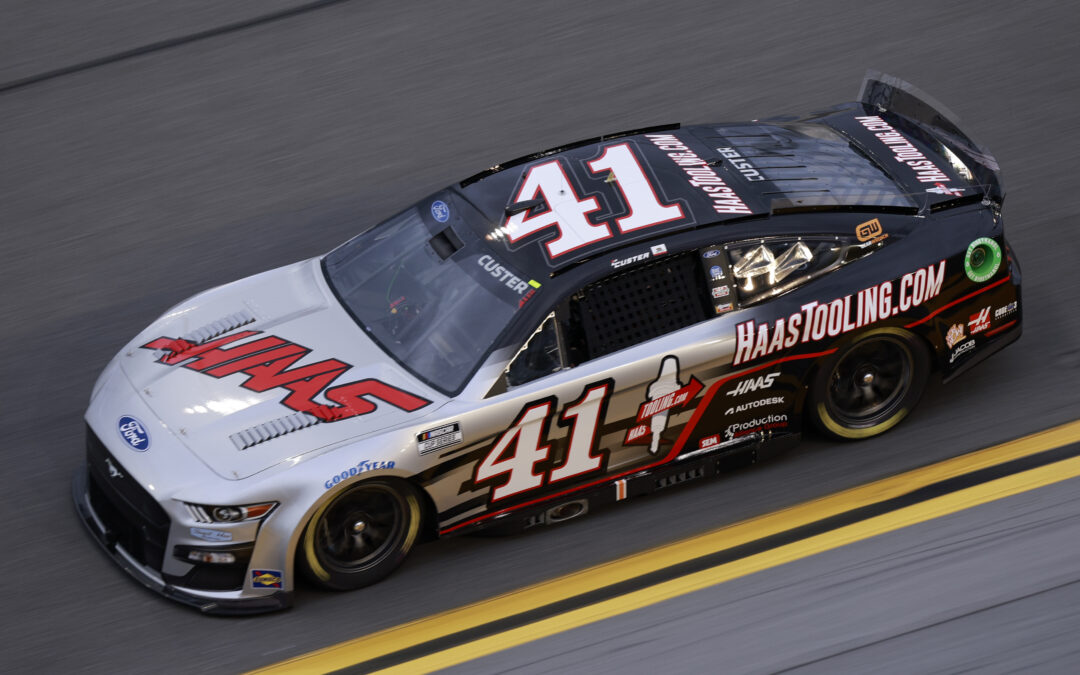 “The guys just did a great job guessing right on the track. Obviously, it’s a totally different track than what we had yesterday, so we did a good job with that and was able to get to the top and make some good moves to try and pass some cars. Overall, just have to guess right on the track tomorrow, but it should start our race off a lot better.”

“I was kind of thinking of that when I walked in. That kind of backfired on me. I wish we qualified because I was nervous about starting ninth, but it worked out good. I mean, the track, they did a great job with the track today. It was really racy. Obviously, they added a little bit more moisture than yesterday and hopefully we can have some more of that tomorrow. I think our car liked it, but, overall, it was a good day to start ninth and pass some cars.”

DID YOU THINK YOUR FIRST POLE WOULD COME THIS WAY?

“No, not at all. I wouldn’t call myself a dirt racing expert whatsoever. I did it when I was younger. I raced some Ford Focus midgets when I was in my early teens and I always loved dirt, but I wouldn’t say that I’m an expert. I’m nowhere near Kyle Larson, so getting my first pole at a dirt race is pretty crazy.”

HAVE YOU RACED ANY DIRT BESIDES LAST YEAR OF LATE?

“Not really. I went and tested a crate late model before coming here just to kind of get my feet wet, but nothing crazy.”

IF THESE ARE THE CONDITIONS TOMORROW IS IT ADEQUATE TO RACE WELL?

“Yeah, I mean I thought we saw today it was really racy. You could kind of run the top, in the middle, or you could run the bottom. There were just multiple lanes where you could go and try to pass, so obviously tomorrow you have to kind of worry about guys getting mud flung up and getting the cars too hot, but hopefully we can still have some moisture so you can kind of have a little bit more of lanes to work with for a little bit and then eventually it’s gonna get dry.”

HOW WAS THE VISIBILITY TODAY?

“Not bad at all for us. I think the first truck heat race you saw some mud got flung up on their windshields and on their grilles and stuff, but after that nobody seemed to have a problem. It’s the perfect amount is what they’re chasing, it seems like. If it gets too dusty, then there’s too much dust in the air and if it’s too wet, then there’s too much mud flying up, so it’s just trying to find that sweet spot I think.”

WHAT KIND OF ACHIEVEMENT IS THIS FOR YOU?

“It’s different because it’s Bristol Dirt and it’s heat races and stuff like that, but I’m still starting on the pole so it’s a great day. I think we can keep carrying momentum. I think we had a fast car at Martinsville last weekend, so it’s just a matter of carrying that momentum. We know this is kind of a wildcard race. There’s no reason why we can’t go out there and just have a good day and keep the momentum rolling.”

ARE YOU ALSO LISTENING TO EVERYTHING CHASE BRISCOE SAYS?

“Oh, yeah. I mean, after practice the first stop I make is the 14 hauler just trying to see what Chase thinks. We made our cars extremely similar trying to just have something baseline off of, honestly, because he probably knows a little bit better where the track is gonna go and just what to look for, so he’s definitely been a huge asset to our team and just kind of getting a head start on the weekend and being able to adapt a little faster.”

WHAT HAVE YOU IMPROVED ON THROUGH HIS ADVICE?

“Honestly, I think just knowing where the track is gonna go and just knowing how to adjust your car. I think at times you can get a little bit lost just because so many different things are happening and you don’t know where the track is gonna go and you start adjusting your car, where when you have him you kind of baseline off him and you can kind of know, ‘OK, this is where we probably need to put our car.’ This is what he thinks and we can just go with that.”