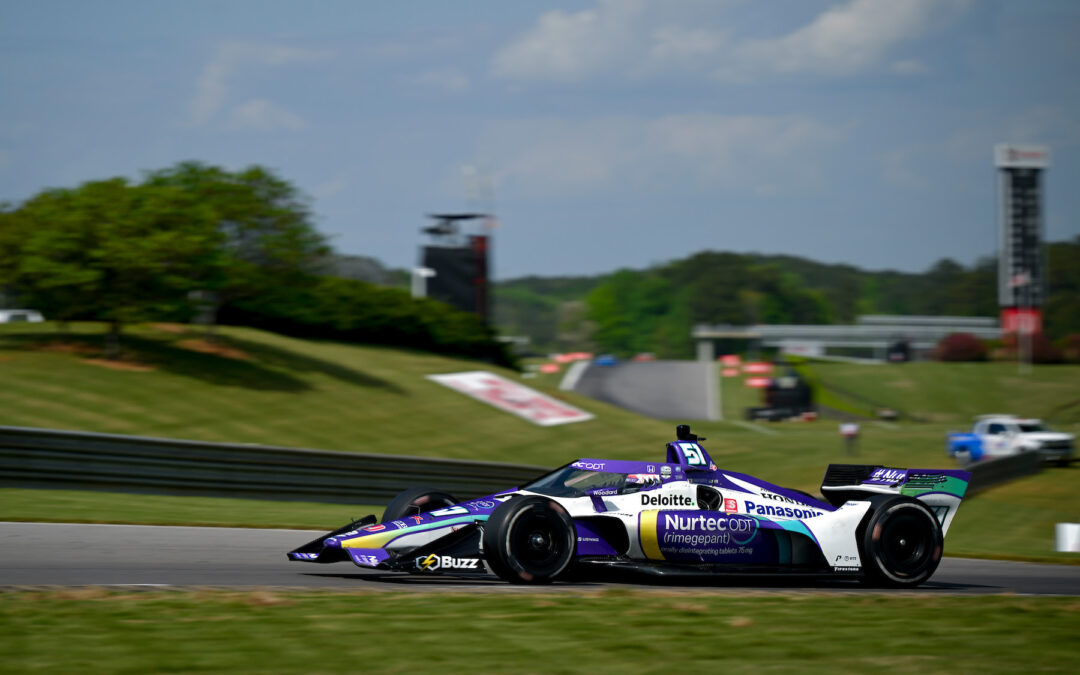 Dale Coyne Racing with RWR’s Takuma Sato in the No.51 Nurtec ODT Honda will start Sunday’s Honda Indy Grand Prix at Barber Motorsports Park from 17th place on the grid and speaking following the track action he commented saying:

“It was a busy Saturday. It’s a mix of feelings for me today. On one side, it’s always nice for me to come back here at Barber because I have good memories here, but, unfortunately, we couldn’t find a good speed in qualifying. However, we found some speed in the last practice session on the Alternate Firestone tires. Relatively speaking we made up some ground and moved forward, so that’s encouraging. Tomorrow’s weather forecast can be a bit tricky, which is probably good for us. We’re good with tires for tomorrow so we can do whatever we want to. Now, we’ll tune up our Nurtec ODT car for tomorrow and hopefully we can have an exciting Sunday afternoon.”

David Malukas in the No.18 Dale Coyne with HMD Motorsports Honda starts the race from 18th and speaking following the action he commented saying:

“It’s been a tough weekend so far, but we’ve made progress with every session. We had a decent car going into qualifying, I think we found what we needed. I was on a really good lap that could have possibly moved us into the second round of qualifying, but, unfortunately, on that lap someone in front of me put some dust on the track in Turn 9 and while I knew my lap was ‘done’ at that point, I was still committed and continued to push but there was more dust in Turn 13, and I lost it there. I managed to get it straightened out a bit, but it was too late, and I ended up getting some damage. On the bright side, we had a good final practice and I think we’ll have a good pace for the race tomorrow.”