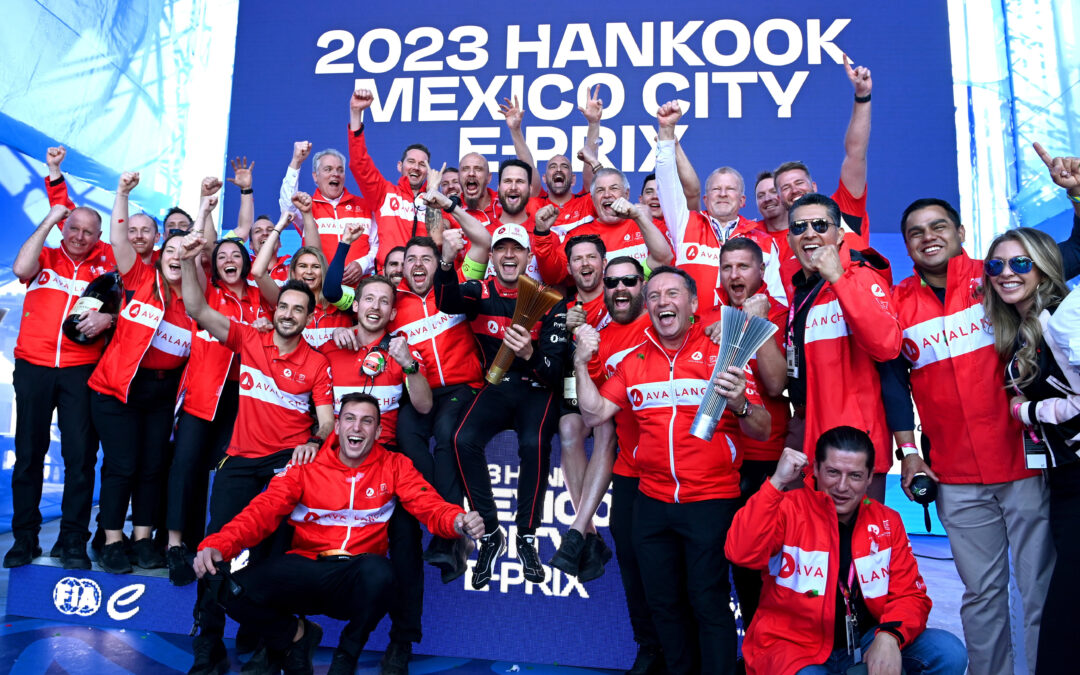 Avalanche Andretti Autosport took victory in the 2023 ABB FIA Formula E season-opening race in Mexico City at the Autodromo Hermanos Rodrigues on Saturday. Starting the race from second on the grid put on a dominant display as the Gen3 car, the lightest car ever in Formula E took victory just ahead of TAG Porsche Formula E Team’s Pascal Wehrlein who took victory here last year.

The fans here have been sensational. In that final lap I could really hear them cheering. To start on the front row and then win by that much, with a Porsche one-two, so big shout out to my team.

“It was such a physical race. These cars are so hard to drive physically and with the lower grip as well, it makes everything more challenging. But it’s even more rewarding, especially when you win by five seconds. Time for some tequila with the team, an incredible race.

“My team and I have such a good relationship together. We just work so well. It didn’t look like it was happening in qualifying, we turned it round, made some small adjustments for the race and absolutely nailed it. Big kudos to my guys, this is a small repayment to them and hope to have more success because Saudi isn’t that far away.

Great way to start the season, this place was awesome. When you start in P6 and end up in P2 – that’s really really good. I’m very grateful to the car and my teammates for this, I think the last couple of months we have really put in some hard work – especially the last couple of weeks after Valencia – I just want to thank everyone in the team for their hard work. We have a clear goal this season, and that’s the best way to start it.

“It seemed like the pace in the race was really good, even in qualifying all the Porsche cars were super strong. We hope it is not a one-off and we keep working hard. Last year Mexico has also been our best race, so we have to make sure we keep working hard to understand the car really well and to make progress. We want to fight for the championship and it’s a good way to start.

“It was a very very tough race, of course we know in this race that the Porsche’s are really fast, remember last year they won P1, P2 and they disappeared. It was impossible to hold Jake and Pascal, I was running low on energy but I tried to defend as much as I could. In the end a podium is like a win for us with only three or four days in this car, there is so much potential to take it out further, so I am very happy.”