Disappointment For Foyt In Toronto 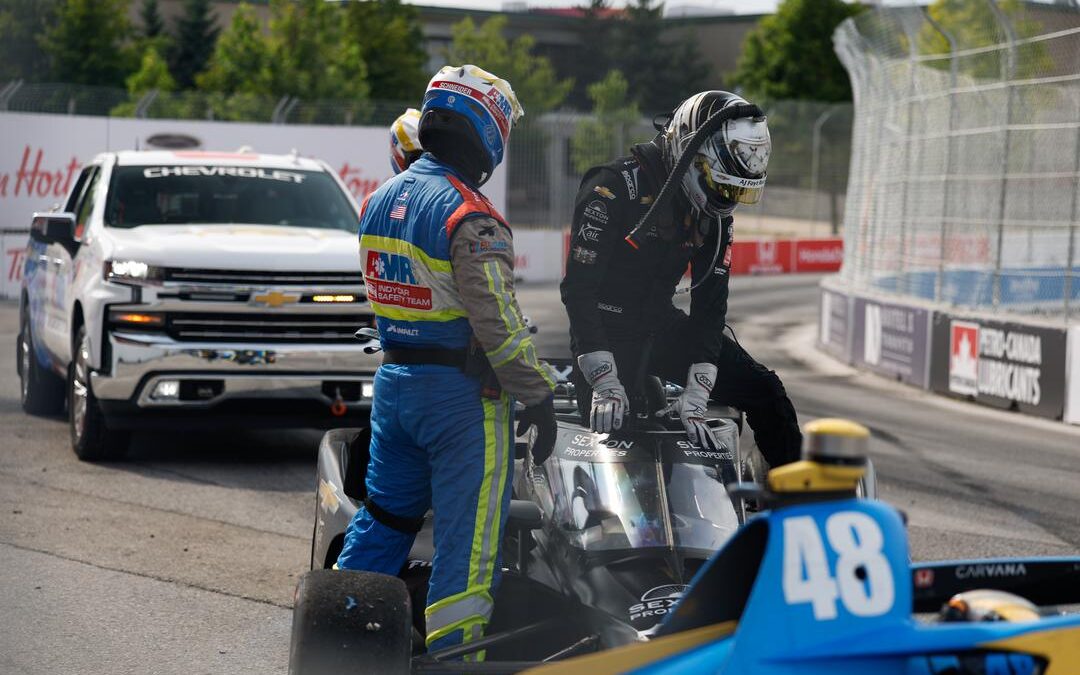 AJ Foyt Racing endured a disappointing Honda Indy Toronto on Sunday. Kyle Kirkwood in the No.14 Chevrolet made contact with Chip Ganassi Racing’s Jimmie Johnson in the No.48 Carvana Honda.

So, another short end to what could have been potentially a good race. We were on good strategy there at the end with fresher tires and more fuel than everyone else. I went for a pass and I think the person I was passing just didn’t see me. We collided and I ended up in the wall. I got the worst end of the stick that’s for sure. So super unfortunate, but that’s what happens when you’re trying to come back from the back on a street course — sometimes things don’t go your way. But we’ll look forward to Iowa in one week.”

Dalton Kellett in the No.4 K Line Insulators Chevrolet suffered problems throughout the weekend and retired from the race and was classified in 24th place and speaking following the action he commented saying:

Definitely not the Toronto race weekend we were looking for coming into the first Toronto Indy since the start of the Pandemic. But, our day has ended early here with what looks like a mechanical engine failure. Something let go inside the engine and we’ll have the Chevy Team on it, and looking to diagnose that so we can find any issues and then rectify that for the later races left in the season. Before that though, we were still having some persistent fueling issues that we were having during qualifying and warm-up. It seemed like the fuel issues weren’t occurring at full tanks and as we were burning fuel, getting lower tank volume, there’s some issue with the way it’s feeding the collector tank and that was causing us problems. So we were already a little bit on the backfoot and that kind of sealed the deal for our race—insult to injury I guess. I’m very happy to have the hometown crowd here. I’ve been absolutely humbled by the reception and just all of our friends and family and partners with K-Line. All the Toronto race fans and Canadian race fans that have traveled here – a big thank you to all of them. We’ve got tremendous support and just really appreciative of how they’ve embraced this race and embrace their Canadian drivers.”