Disappointment For Sato In Long Beach 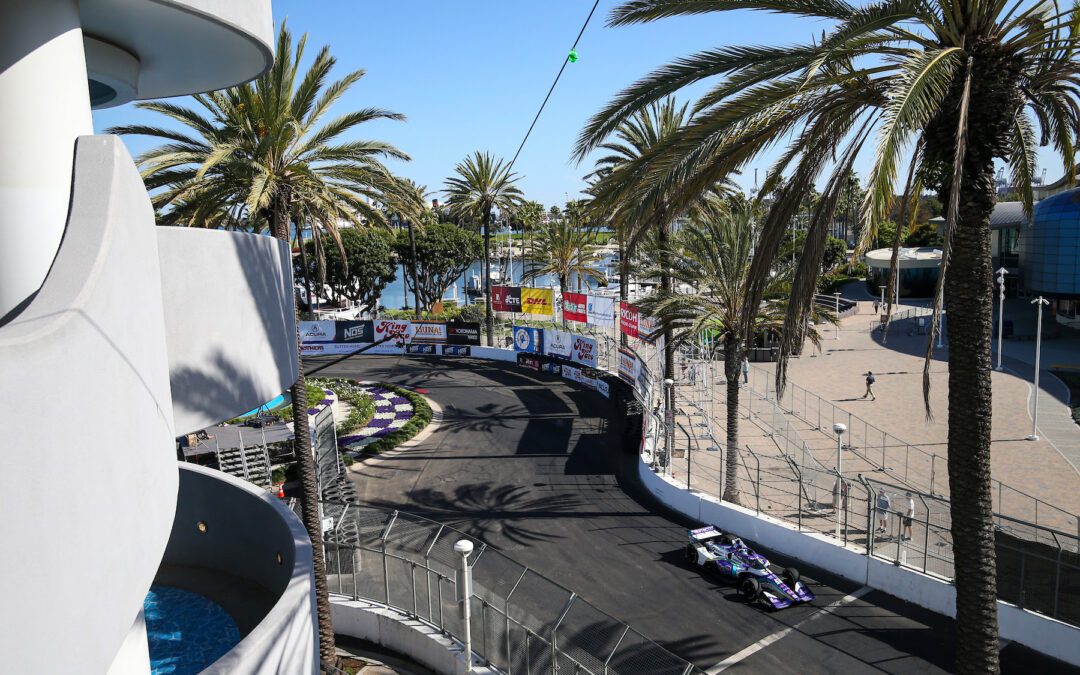 Dale Coyne Racing with RWR’s Takuma Sato in the No.51 Nurtec OTD Honda started Sunday’s Acura Grand Prix Long Beach from 22nd place and despite great pace and promise throughout the 85 lap race he came home in 17th place.

The two-time Indianapolis 500 winner retired from the race after hitting the wall at Turn 8 with just two laps remaining in the event which resulted in the race finishing under caution.

“It’s always nice to come back to Long Beach. We had a tough weekend, and in qualifying we didn’t find the right balance, so we had to start from the back. However, we had a strong race, and I was able to make up some positions and pass some cars on track. That was really fun. Unfortunately, with 2 laps to go I was running P13, that was encouraging. However, with the timing of the yellows it allowed some drivers to dive into the pits and get a fresh set of red tires whereas I had 25 lap old tires. Rinus Veekay was behind me and very strong and I was trying to defend my position into turn 8. He came into the inside and both cars went wide, and I got into the marbles and I went into the tire barrier. I was able to get back on track, but it was a shame. At least we fought really strong until the end like in St. Pete. I look forward to the next race in Barber for my first road course with Dale Coyne Racing with RWR.”

David Malukas in the No.18 HMD Honda started the race from 18th and finished the event in 21st having made contact with Chip Ganassi Racing’s Jimmie Johnson and speaking following the race he commented saying:

I have a bit of bruises and blisters from my first Long Beach Grand Prix but what a series of unfortunate events this race was! I started off strong all while saving the black tires, hoping we could make them last longer and play with our strategy. However, after exiting pit lane with a set of red tires, I crossed the line too soon, which was unfortunate. After serving my drive thru penalty I was still on the lead lap so that was all good but then somehow one of my belts became undone and I had to head to pit lane again to get that fixed and that put me two laps down.
“At that point, I just wanted to bring it home but with about 10 laps to go, Jimmie Johnson spun going into Turn 8 and I tried my best to steer out of his way but I clipped the tire barrier and damaged the front end of my HMD car and that was the end of my race. I truly love the track here in Long Beach and wish things could have gone better but we had no luck this weekend. We had a really good test at Barber in October at my first test with the team so hopefully things can turn around for us at that race in a few weeks.