Dixon Has Been Very Impressed With Alex Palou And Jimmie Johnson 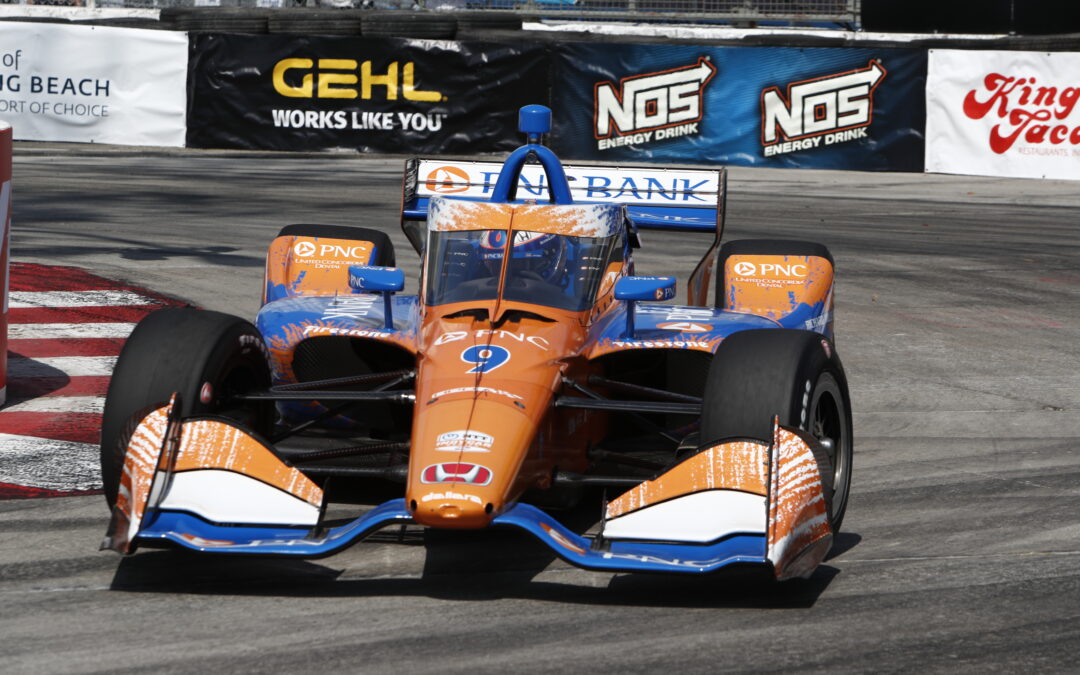 Defending NTT IndyCar Series champion Scott Dixon in the No.9 PNC Bank Chip Ganassi Racing Honda says that he has been extremely impressed with Alex Palou and Jimmie Johnson’s integration into the team this season. Speaking to Paddock Eye during a Zoom conference call on Saturday the Iceman said:

I think with Alex, I spoke about it a lot yesterday, just his adaptability, but also the low moments, his recoveries. That’s a huge testament obviously to the team as well. But the crash like at Indy to how he bounced back out of that to qualify in the race, to some of the penalties he’s had through the season.

He races like a veteran. He’s a young guy. He’s very adaptive, especially with I’ve struggled a bit with the tire at some of the circuits, one specific tire has been really tough for me, but he and actually Marcus in some situations have done a very good job.

I don’t know. That and he’s the nicest guy you’ll ever meet. I keep saying that. He’s always smiling, even when he has a bad day. He’s a good person and he’s done a tremendous job this year.

Sorry, Jimmie, yeah. Like Laguna, did a fantastic job. Once I got to Long Beach I went through the race run and what he did. It was really good.

But I think when we compared it, it was Dario and I, when we looked at his first test at the end of 2020 at Laguna to what he was doing in qualifying and the race, to see the gains he’s made has to be tough. But I think the biggest thing with Jimmie, which we know why he’s a seven-time champion, obviously his work ethic and how persistent he is.

This year was a steep learning curve. I think for him not to get disappointed and kind of sidelined by it I think is really seeing his determination. This is the toughest kind of year you can come in, last year and this year. Limited track time, testing is way down, the tire is quite tricky. The tire feels very low grip. A lot of these circuits, two, three seconds a lap solid this year. It’s been a tough year for him trying to adapt to it.

Speaking about his own season, Dixon told us that his goal is to win the Acura Grand Prix of Long Beach later today:

That’s the goal, right, to win the race. That would definitely make the off-season a little bit better.

I think for us, kind of getting through what we did today, having a bit of a low point and being able to rebound as a team, the car has been really good. I think I’ve made some mistakes, pretty good mistakes this year, and some things haven’t fallen our way. When it was one side or the other, it goes that way, you just know it’s not one of those years for you.

It’s been a struggle for us in some scenarios. We’ve had some really good speed at some places. The double points at Indy, that’s really hard to come back from once you get a big hit there. We tried our hardest. Honestly we just didn’t do a good enough job. A lot of the time we just should have done things a little bit different.

But proud of the team and the rebound they’ve done. Hopefully we can have a strong finish tomorrow.