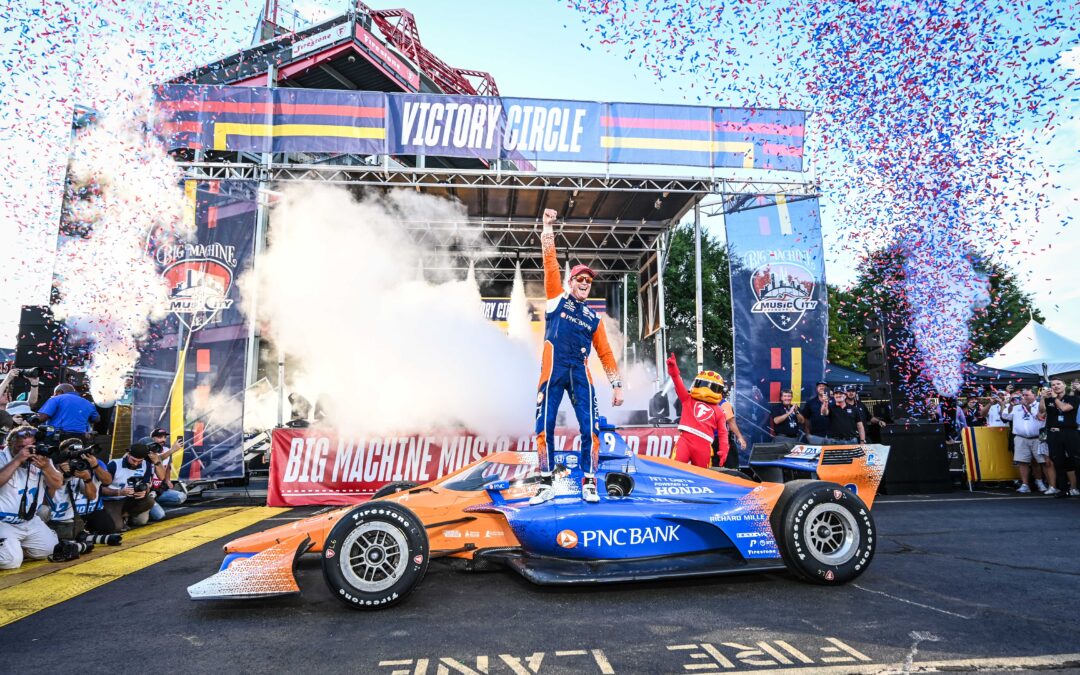 Six-time NTT IndyCar Series champion Scott Dixon in the No.9 PNC Bank Chip Ganassi Racing Honda is well played to go after his seventh championship which if he were to achieve it at Laguna Seca next month would draw him level with AJ Foyt, the legendary 4-time Indianapolis 500 winner, and team owner.

The Iceman did what he does best and kept his cool during what he described as a brutal Big Machine Music City Grand Prix on the streets of Nashville on Sunday, recovering from an incident that damaged his car to come from the rear of the field, navigating his way through the field to claim his second victory of the season and his second Nashville podium.

Dixon’s other victory came last month in the Honda Indy Toronto as the NTT IndyCar Series returned to Canada for the first time in three years.

The victory in Nashville means that Scott has overtaken legend, Mario Andretti, into second place on the all-time winner’s list with 53 and is aiming for number 54 next time out at World Wide Technology Raceway in St. Louis where the IndyCar Series will compete on their final oval of the season.

Dixon, who started on pole for the 106th running of the Indianapolis 500 presented by Gainbridge and dominated the race before a drive-through penalty for a pit-lane speed violation for going 1mph over the limit.

The Iceman is just six points behind Will Power and has more top ten finishes than any other driver this season while he is one of only two drivers, the being Will Power to have completed every lap so far this season.