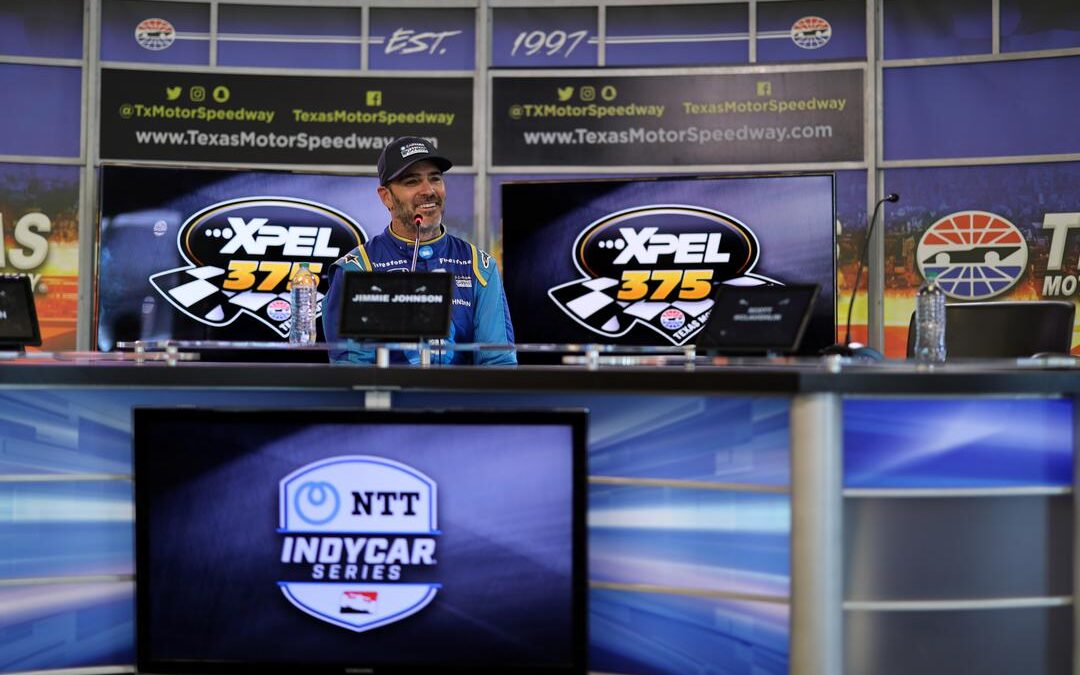 The NTT IndyCar Series visited Texas Motor Speedway on Sunday for the XPEL 375 where seven-time Monster Energy NASCAR Cup Series champion Jimmie Johnson was making his oval race debut. The Californian in the No.48 Carvana American Legion Chip Ganassi Racing Honda was the standout performer as he carved his way through the field from 18th place on the grid to finish the race in sixth place.

The result was Johnson’s best NTT IndyCar Series career finish to date and bodes well for the rest of the season and also sets him up nicely for the 106th running of the Indianapolis 500 presented by Gainbridge which takes place on May 29.

Johnson made his way through the field and kept his composure when other drivers around him were getting caught up in incidents and he managed to make his way into the top-ten towards the end of the race. A great strategy from his team saw the oval rookie fight with his Chip Ganassi Racing team-mate’s, six-time series champion and five-time Texas winner Scott Dixon in the No.9 PNC Bank Chip Ganassi Racing Honda and defending series champion Alex Palou in the No.10 NTT DATA Honda.

Johnson showed why he is a seven time race winner around Texas Motor Speedway and at times made his way out onto the PJ1 lane where many of his rivals would not go given that this lane is usually where NASCAR races and when an IndyCar runs high like that it can result in a collision with the wall.

The result was a real confidence boost for Johnson who has two more races Acura Grand Prix of Long Beach and the Honda Indy 200 at Barber Motorsports Park before the Month of May festivities get underway at the Indianapolis Motor Speedway. It also shows that he is extremely competitive and will be a force to be reckoned with come the 106th running of the Indianapolis 500 presented by Gainbridge and this is why Jimmie Johnson is Paddock Eye’s driver of the day from Texas Motor Speedway!