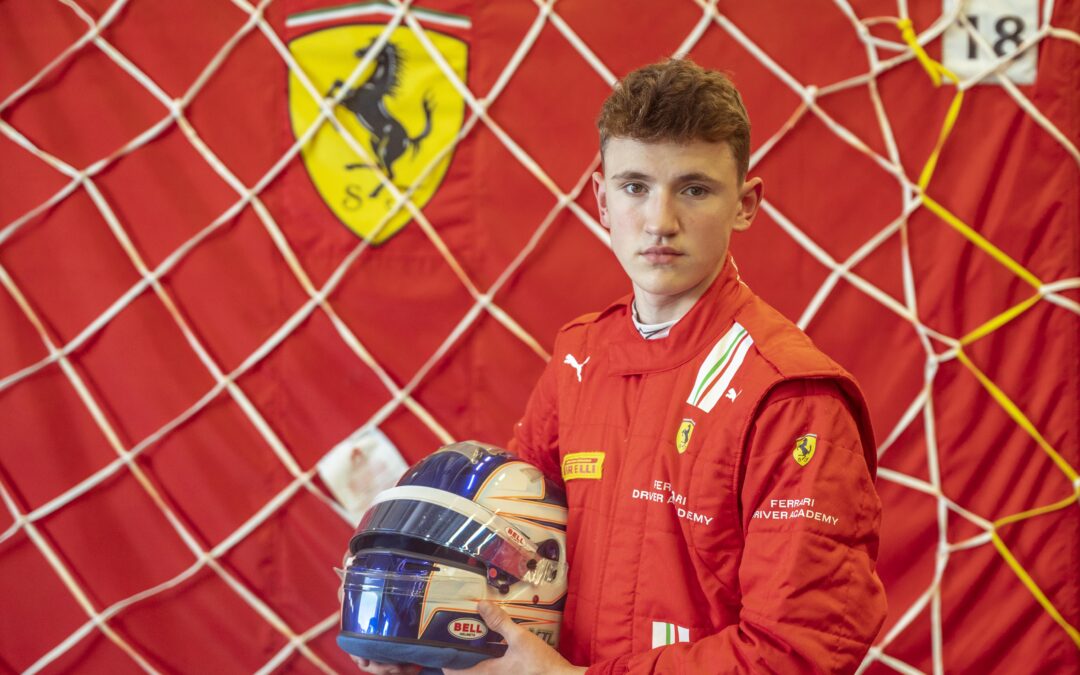 ROKiT F4 championship contender Alex Dunne who can wrap up the title this weekend in Silverstone has been named as of the drivers to take part in Ferrari’s prestigious Driver Academy Scouting Camp in Maranello Italy.

The Irish teenager has been the ‘one to beat in Britain’s FIA Formula 4 series this season, claiming a record-breaking 11 wins, an additional four podiums, and five pole positions. He holds a commanding 106-point lead heading to Silverstone this weekend, with the chance to wrap up the coveted title a meeting early.

We caught up Alex last year where we discussed his motorsport aspirations. Speaking about his upcoming time in Italy, Dunne said:

“It’s obviously a great honour and a privilege to be selected for one of the Ferrari Driver Academy scouting camps.

It’s been a strong season for me on track, leading the British F4 championship and running up at the front in Italy. I’ve learned a lot, and gained some really valuable experience, which I’m sure will put me in a good place for the assessments.

“It’s very competitive, but I’m confident in my abilities and, as always, will just try to do my best and see where the opportunity leads.