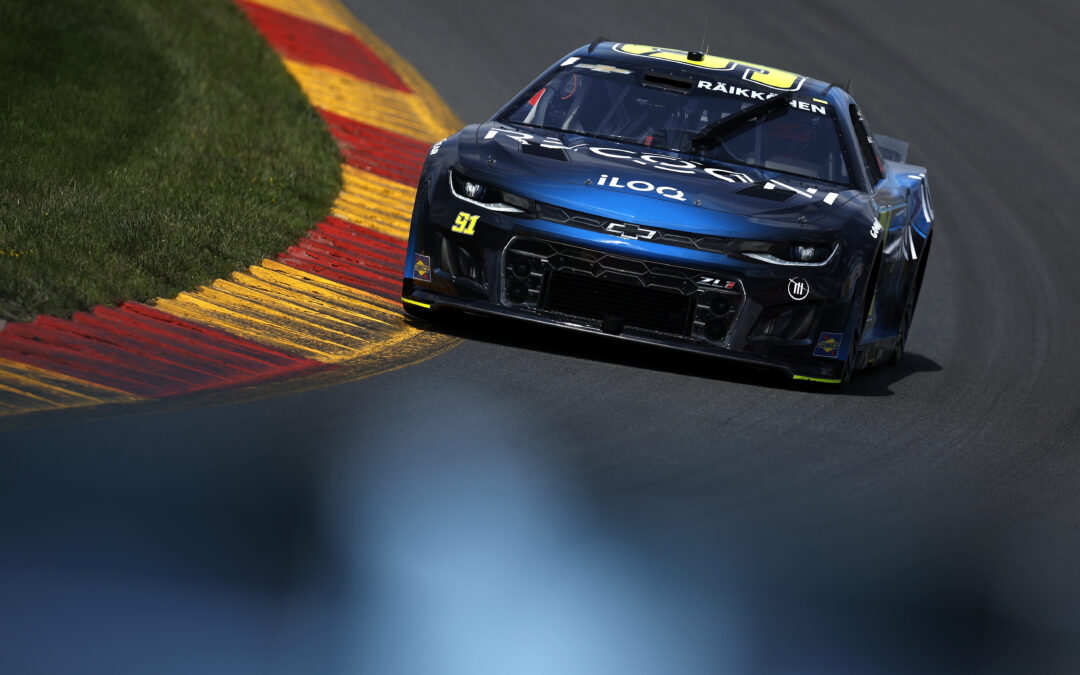 Trackhouse Racing’s Kimi Raikkonen in the No.91 Chevrolet Camaro ZL1 who was making his NASCAR Cup Series race debut in the Go Bowling at the Glen event had a fantastic day going on Sunday.

The Iceman had been running inside the top-ten and was running really well. Having pitted just before the end of Stage 2, Raikkonen was making his back through the field when he was tagged by another car which saw him hit the wall forcing him to retire.

Project 91 who Kimi Raikkonen entered the race with in partnership with Trackhouse simply twweted: