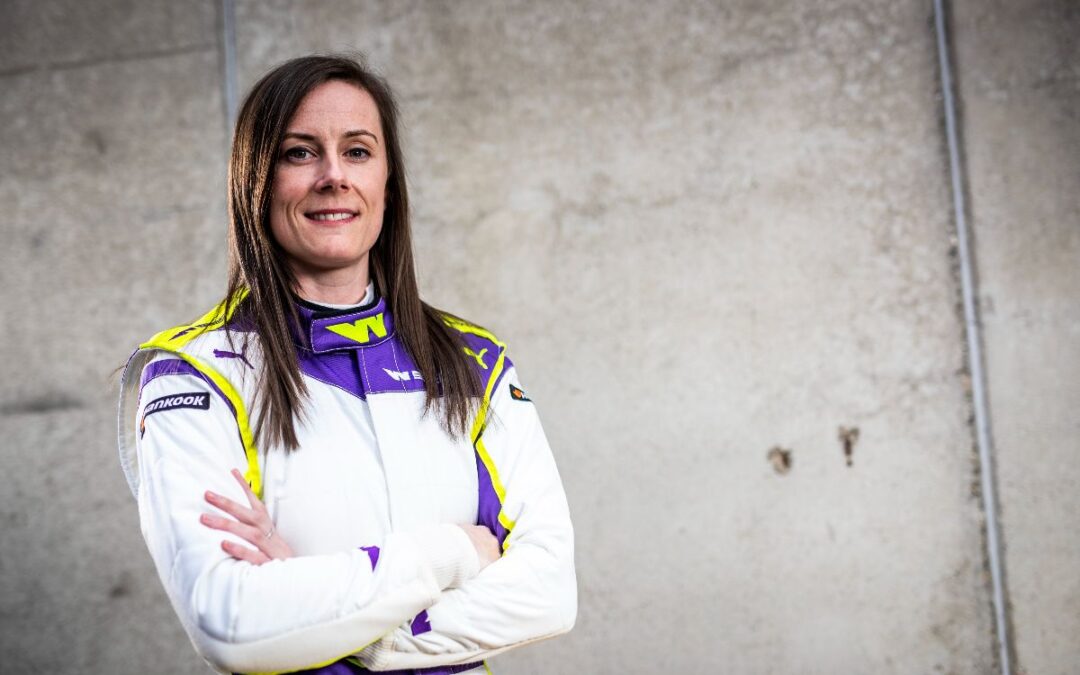 Racing driver Abbie Eaton will make her full-time return to the W Series in 2022 having fully recovered from the back injury she suffered during the penultimate race of last season.

Eaton who will race for the Scuderia W team alongside fellow Brit Sarah Moore commented saying:

To have another opportunity with W Series is what I’ve wanted ever since I broke my back six months ago, so I’m relieved that all my hard work has paid off. I’m super excited to be back and hoping to get stronger as time goes on, but the tests and races I’ve done over the last few weeks have been promising and I’m looking forward to the first race in Miami. I want to say a huge thank you to all of my friends, family, physios, trainers, donators, and neurosurgeon for helping me get back so quickly, and to W Series for giving me another chance.

“It’s been an off-season unlike any other. I’ve been having physio three times a week, strength training three times a week, and rehab to try to rebuild strength around my back. Wearing a brace and being immobilised for so long reduced strength in my entire body, so it’s been tough. In a normal off-season, I would have had six months of proper strength training and I’ve only really had it for the last six weeks, but that’s been good for me mentally as well as physically.

“Mentally the injury has affected me in so many ways. When it happened, you’re thinking: ‘Is this going to affect the rest of my life?’ Having the brace on 24 hours a day was physical and mental torture, but I coped with it by telling myself it could have been a lot worse – I could have been unable to walk again, so I really couldn’t grumble and, when I was feeling down, I used that to give myself a kick up the backside and keep pushing. When I got back in the car, I knew I was putting myself in a risky situation, but that’s what being a racing driver is all about and I thrive off it, so I didn’t think about the injury once, I just thought about being fast.

“My best finish last year was sixth and I’d love to be at the sharp end of the top 10 more often this season, but it’s a very strong grid and my preparation for this year has been very different, so it’s a tough goal but a realistic one if everything comes together. Sarah [Moore] was quick last year so it’ll be great to work with her. We’ve been friends for a long time so there’ll be lots of northern banter and cups of tea doing the rounds which I’m really looking forward to.

“I’m pleased to welcome Abbie Eaton back to W Series for season three. She was unlucky last year when a bad back injury in the penultimate race brought her season to an early end, but she had gone to Austin just three points off the top eight and automatic qualification for 2022. She performed consistently in the first six races last year, and has shown immense courage and determination throughout the winter to return to full fitness. Abbie is a great role model for the younger drivers joining the series this season, and it’s clear that she deserves a seat on the grid in 2022.