Elliott Takes First Win Of The Season In Dover 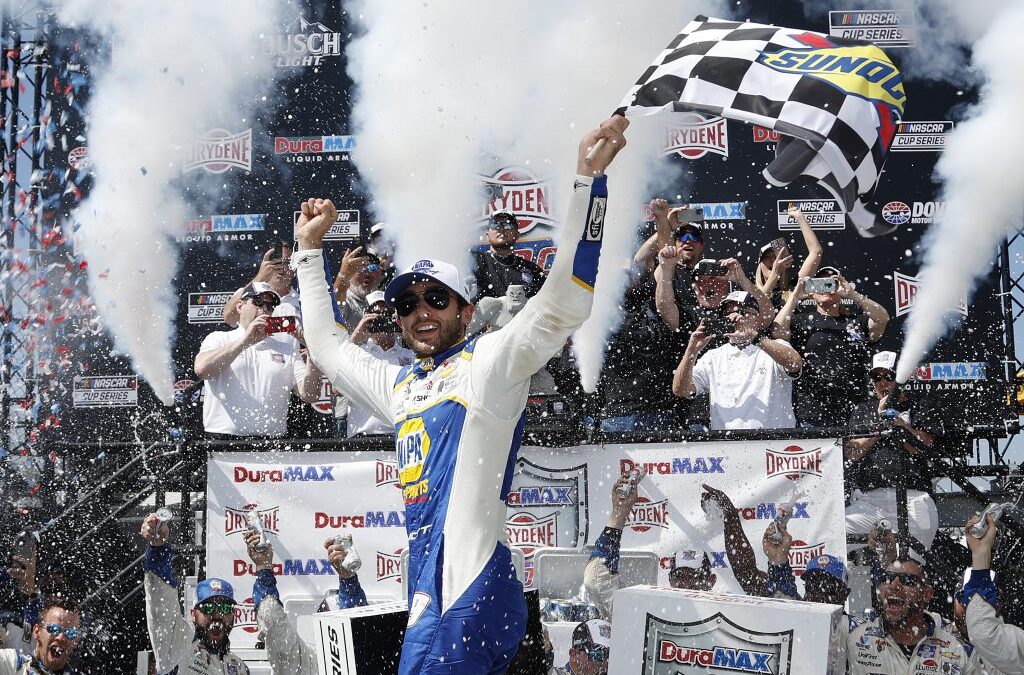 Hendrick Motorsports Chase Elliott, driver of the No.9 NAPA Auto Parts Chevrolet claimed his first win of the 2022 Monster Energy NASCAR Cup Series season and his first with the NEXT GEN car on at Dover Motor Speedway.

Elliott took victory in Monday’s race which was rained out on Sunday and moved to Monday after just five laps.

Elliott came home just ahead of JTG Daughtery Racing in his Chevrolet Camaro ZL1 to claim his 14th career victory.

Just had some good circumstances finally. “Just really appreciate [crew chief] Alan [Gustafson] and our entire team for just sticking with it.

“We had some tough races over the last four or five months and just great to get NAPA back to victory lane and great to get Hendrick Motorsports in victory lane. So proud. This means a lot in a lot of different ways. Just appreciate all the effort.’’

“It’s been a fun day and we’re certainly going to enjoy this.

“Like I told them [crew] after the race, those guys, they’ve been deserving of one for a while so glad we could get across the line first. We’ll enjoy it for a few days and then go to work next week.

Joe Gibbs Racing’s Kyle Busch was seventh in the No 18 Toyota Camry.

Erik Jones in the No.43 Petty GMS Motorsports rounded out the top ten.

Other notable results was Joe Gibbs Racing’s Martin Truex Jr who was 12th while Brad Keselowski was 20th.

Team Penske’s Joey Logano in the No.22 Pennzoil Ford Fusion was classified in 29th place, two laps down.