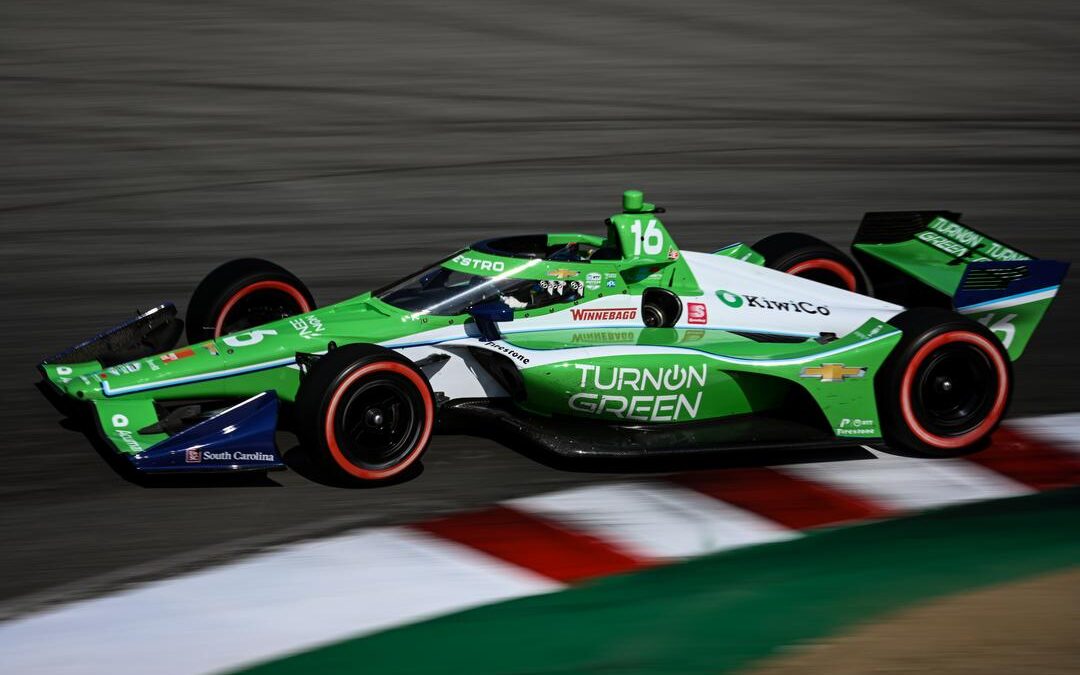 Simona De Silvestro in the No.16 TurnOnGreen Chevrolet started Sunday’s 95-lap race from 26th and came home in 22nd.

The race was not too bad. We did three stops, but I think four might have been a bit better in the long run. I felt we had really good pace and were able to pass people, which was positive. For the whole weekend, we had good pace. For today’s race we had a few things happen in the pits, so if we cleaned a couple little things, and even me with the few mistakes here and there, we can be really competitive.

We had a new sponsor with TurnOnGreen, and it was cool to have all the sponsors and guests of Paretta Autosport here this weekend. I feel like our team is growing from that point of view so that is really positive and hope to do more of it.”

Overall, it was a great day and a great end of the season for us. Everything came together for Simona in today’s race, and it was a great day to end our season. If you look at her lap times, she wasn’t that far off. She certainly had top 10 pace which was fantastic to see.

Our new primary sponsor, TurnOnGreen, was really engaged for this race and had a large group of guests out to support Simona and the team. We were also happy to host guests from most of our other sponsor partners at the track across the weekend. It was fantastic to close out our season with a solid finish and we’re looking forward to next year as we definitely have something to build on both on and off the track.