Fifth Third Bank Extend Their Partnership With RLL Through 2025 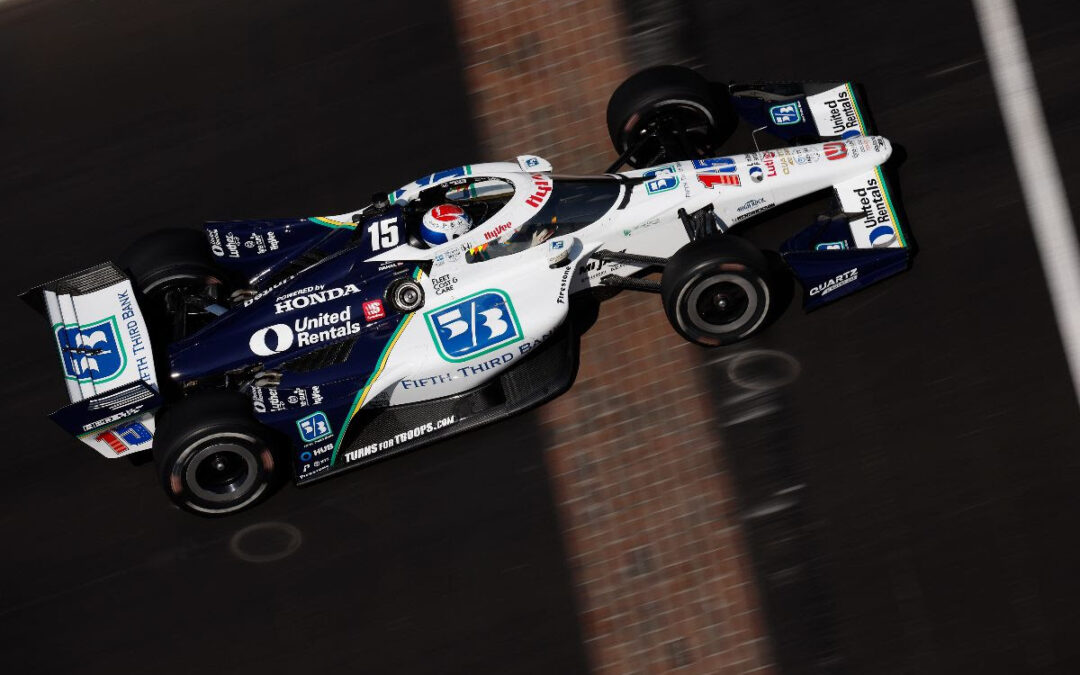 Rahal Letterman Lanigan Racing announced on Sunday morning ahead of today’s Big Machine Music City Grand Prix on the streets of Nashville that they have extended their partnership with long-term partner Fifth Third Bank until the end of the 2025 NTT IndyCar Series season.

“Not only have we extended our partnership with Rahal Letterman Lanigan Racing, but we are excited to announce the Fifth Third car will now race in the Streets of Nashville. “The Bank has a strong presence in the Nashville market, run by a local team, and we are excited to bring additional assets and partnerships to the area. Our work with RLL continues to evolve and create tailored experiences for our clients as well as long-term community impact like our recent partnership on May 3, supporting all babies born in Central Indiana with newborn essentials and money towards their college savings.”

Fifth Third Bank will also have an enhanced associate sponsor presence in other key INDYCAR SERIES race markets throughout each season including at the Indianapolis 500 and in Monterey, Calif. and St. Petersburg, Fla.

Fifth Third Bank first joined the team in 2016 as an associate sponsor and the partnership has grown as the two organizations have continued to build upon and pursue new collaborative business-to-business opportunities.

“We take a great amount of pride in the fact that our relationship with Fifth Third Bank continues to grow. “The caliber of people we have met through our partnership speaks volumes about the company and their mission to contribute to the communities in which they serve. We couldn’t be happier to not only continue, but also grow, our partnership with Fifth Third Bank through the 10-year mark and beyond.”

In qualifying for today’s race, Christian Lundgaard in the No.30 Shield Cleansers Honda secured his career-best position of third place and speaking following the action he commented saying:

I’m super happy at this point to put the Shield Cleansers car third. It was a rough qualifying session. I think we were very competitive in Q1, we were there in Q2. I made a mistake early in the session on my first lap and locked up. I was very close to hitting the barriers. I just missed it and spun around, and they gave me a drive through penalty. So not getting a banker lap in on the blacks was kind tough mentally to deal with knowing now you definitely need to go out and perform. And we did so, we got through Round 2 in fourth place. And honestly the first lap in the Fast Six, with that big lock up, it kind of just locked up instantly. We’ve struggled a bit with the brake stability this weekend and that just proves it. And pushing to the limits, it’s going to go wrong sometimes. We got there on the second set. Obviously, it didn’t help for confidence so it was a slightly less aggressive entry approach to the corner but I’m super happy being where we are. The whole team deserves it.

Graham Rahal in the No.15 Fifth Third Bank Honda starts the race from ninth place and speaking following the session he said:

We definitely had a lot more than that. I made a big mistake which I think cost me advancing and maybe more which is frustrating. But I thought we did a good job today generally closing the gap to Christian. He’s done a great job all weekend and on that qualifying run, I was just trying hard and trying to make a difference personally and locked the inside front (tire) in Turn 6 and cost the United Rentals team from advancing. We’ll take it. Everyone has worked hard to have three RLL cars in the top-12 is a good improvement. We’ve just got to keep going.

Jack Harvey in the No.45 Hy-Vee Honda starts the race from P11 and speaking following the action he said:

I think that was a decent run for our No. 45 Hy-Vee Honda here. It was nice to transfer to the next round. It wasn’t a very good lap on my part in Q2 didn’t get a good lap in Q2. Honestly, I was trying so hard to try and find a little bit that I thought we were missing and three corners made three pretty big mistakes but I think the car is not too bad. We will try to figure out how to have a really strong day tomorrow and make it our best race of the year yet.