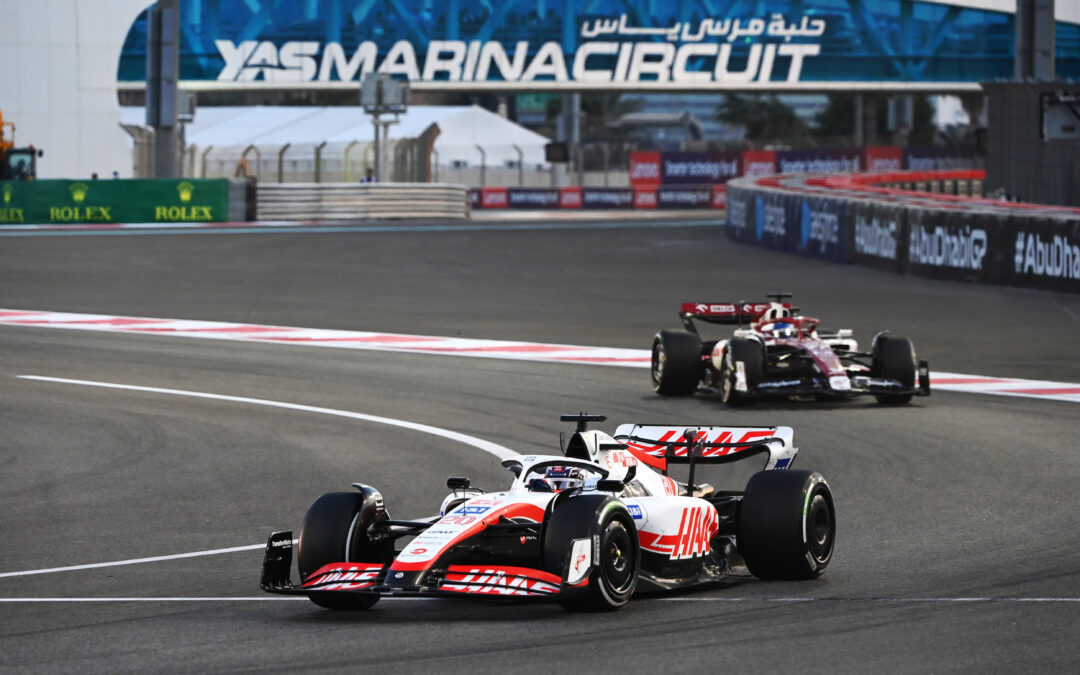 Haas F1 Team Principal Guenther Steiner says that the result in Sunday’s Abu Dhabi Grand Prix at the Yas Marina Circuit was not what they wanted however this was overshadowed by the fact that they finished eighth in the Constructors Championship on 37 points, just two ahead of Scuderia Alpha Tauri and Steiner says that the team’s aim for 2023 is to continue to move forward.

“We finished the Constructors’ Championship in P8 which this morning was the objective. That’s what we did, we battled all year long through a rollercoaster of ups and downs but in the end, we ended up going forward in the championship which is important and the aim for next year is to make the next step. The race today was not what we wanted but finishing eighth overshadowed everything.

Mick Schumacher ended his final F1 race for now in P16 and speaking following the action, the German commented saying:

“We didn’t quite have the pace today, one lap pace was there yesterday, but we knew it would be tough to stay in position. We were hoping for a bit more but at the end we kept eighth in the Constructors’ Championship and that was the focus. I’m happy for the team as it means a totally different budget and I’m sure they’ll be able to use it.

Kevin Magnussen ended the season with a P17 and speaking following the race he commenting saying:

“P8 was the most important thing of course, we didn’t really have a great chance to do much today but at least eighth stuck and that’s a good thing for developing over the winter and just a nice step to take forward from the last two years that Haas has had. It’s a nice place to build from and I’m looking forward to next year.”

Next up for the Haas F1 Team is the post-season test at the Yas Marina circuit which takes place on Tuesday where Nico Hulkenberg will get his first opportunity to drive for the team as he prepares to make his full-time Formula One race return in 2023 alongside Kevin Magnussen.