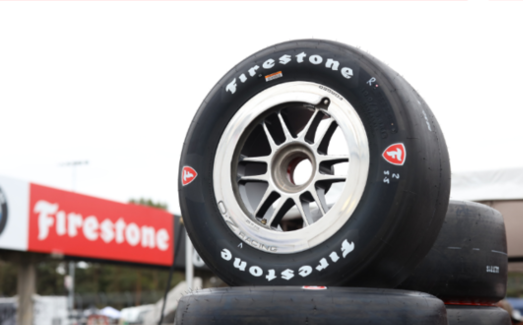 Firestone Racing is supplying 1,600 race tires for this weekend’s Firestone Grand Prix of Monterey at WeatherTech Raceway Laguna Seca, each driver will receive six sets of the Primary black tire as well as four sets of the Red Alternate tire. Speaking ahead of the race weekend, Cara Adams, Director of Race Tire Engineering and Production with Bridgestone Americas Motorsports said:

The Firestone Grand Prix of Monterey at Laguna Seca is a unique race track that our Firestone Race Tire Engineering team enjoys designing tires for. Known for its famous ‘Corkscrew’ turn, a nearly six-story drop in elevation on an esse between turns 8 and 8A and landmarks like the Andretti Hairpin on Turn 2 and Rahal straight. on the back straight between Turns 6 and 7, our Firestone Firehawk race tires are designed to accomodate the stress put on the tires from higher elevations and higher speeds. For this year’s race we’re bringing alternate and primary tires that have similar construction and compound as the 2019 Laguna Seca tires respectively.