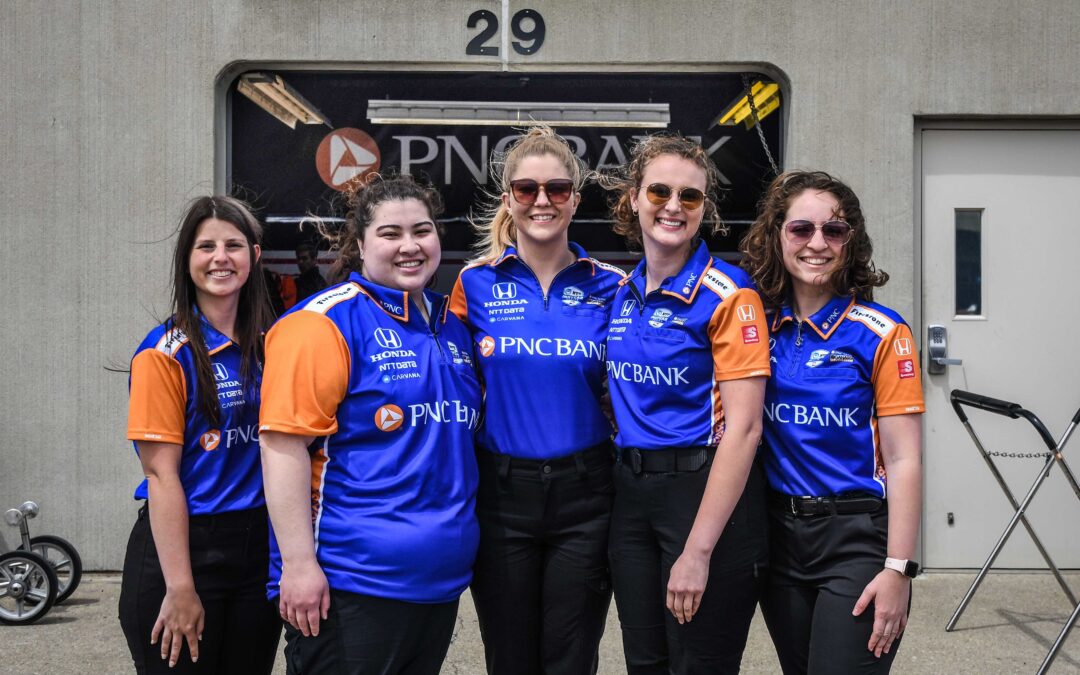 The first interns of the Women In Motorsports Powered by PNC Bank with Chip Ganassi Racing program were announced on Tuesday.

The program, which was launched in March to drive awareness and support for gender equality and economic inclusion for women in the workforce, is designed to accelerate career pathways and mentorship opportunities for female students interested in motorsports.

“Our goal is to provide these young women with a unique, in-person experience alongside a race team, to truly understand what motorsports is all about. “Activating this internship during the race season will help these women apply their knowledge and skills to use in a real-world setting, and hopefully, help them decide where to take their careers from here.”

The following interns will begin their program this week at CGR:

The students will be immersed in on-site learning and career-development experiences during the 2022 NTT INDYCAR SERIES season, including the 106th Running of the Indianapolis 500 Sunday, May 29. Responsibilities will include working closely with race team managers and department leaders to assist on vital projects and collaboration with departments across the organization to assist with the team’s racing functions, such as racing operations, engineering to information technology, athletic training and more.

Our strategy is based on the idea that when young women see more role models in traditionally male dominated fields, it may be easier to believe that they too can make a meaningful impact on that field – and the data shows that teams with meaningful representation of women create more innovative solutions faster than non-diverse teams, We know that creating a community of support, such as what PNC and CGR are doing with this intern program, is a simple yet effective way to tell these women to stick with motorsports, and demonstrate to them that it is an exciting and rewarding career for women, just as much as it is for men. We look forward to seeing how these women make a difference in the future of motorsports.”

Chip Ganassi Racing will have all five of their NTT IndyCar’s in the top 12 on the grid for Sunday’s 106th running of the Indianapolis 500 presented by Gainbridge.