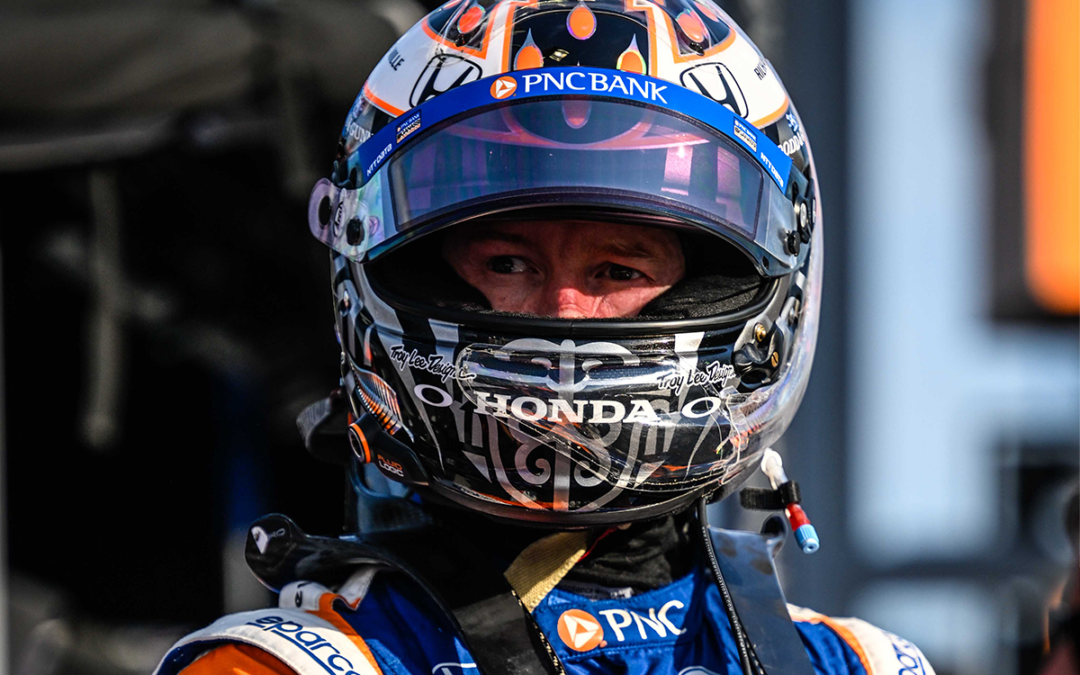 Chip Ganassi Racing has three drivers in contention for the 2022 NTT IndyCar Series championship with just two races remaining this season. Six-time Series champion Scott Dixon in the No.9 PNC Bank Chip Ganassi Racing Honda heads to the next round of the season, the Grand Prix of Portland in two weeks, 14 points behind leader Will Power following his eighth place in Saturday night’s rain-delayed Bommarito Automotive Group 500 at World Wide Technology Raceway.

“Average night. We just really struggled to get on a roll. Any kind of undercut or whatever we tried we got blocked into a lapped traffic scenario. Definitely frustrating. We missed a valuable pit stop I think on one of the cautions which maybe would have changed it, maybe not. The No. 9 PNC Bank team did a hell of a job, the pit stops were awesome all night. It came out okay, we’re still 14 points out of the championships and with two races to go we’re definitely in it.”

Marcus Ericsson in the No.8 Bryant Honda started Saturday’s race from the front row and came home in seventh place and is in fourth place in the championship, 16 points behind Will Power. Speaking following the final oval race of the season, the Swede commented saying:

“It was an interesting race. I think we started off really well running up front and then throughout the race, we were just dropping back a little bit stint by stint. We’ll need to analyze things to see why, but it felt like the car was pretty good. We were just struggling a bit to keep up the pace and some of our pit sequences didn’t fall our way. We took a bit of a gamble and pitted under yellow at the restart of the race and had to push really hard at the end, which was really fun to try to overtake a lot of cars. Fortunately, we got it back to seventh, but the Bryant Ganassi car was good all weekend. We’re still in the mix and looking forward to the final two races.”

Alex Palou in the No.10 American Legion Honda finished the race in ninth place having started the race from fifth place on the grid. The Spaniard remains in the title fight despite the fact that the defending series champion has yet to win a race this season.

Speaking following the Bommarito Automotive Group 500, Palou who is yet to win a race this season commented saying:

“It was a long day for sure for us with the rain delay but finished P9 with the No. 10 American Legion. I think we had a car for a little bit more. Things didn’t fall our way, but we’re still in the hunt. The championship is really close and we’re heading to the West Coast where we were quite strong last year with chances to win. We need to focus on ourselves, try to win the last two races of the year and try to get this championship back home again.”

Jimmie Johnson in the No.48 Carvana Honda started the race in P21 and came home in 14th place and speaking following his first night IndyCar Series race, Johnson said:

“I’m really excited about my first race here in an INDYCAR in St. Louis. With all the ovals we’ve run this year, I did not have a chance to come here and test. It takes some time to get up to speed and get going. About midway through today’s race, it finally clicked for me, and I was able to move forward. After the rain delay, I felt pretty racey and it was just about confidence. I think I had a car capable of running in the top five or top ten; it’s just about me understanding how to drive around this track and I finally got there.”