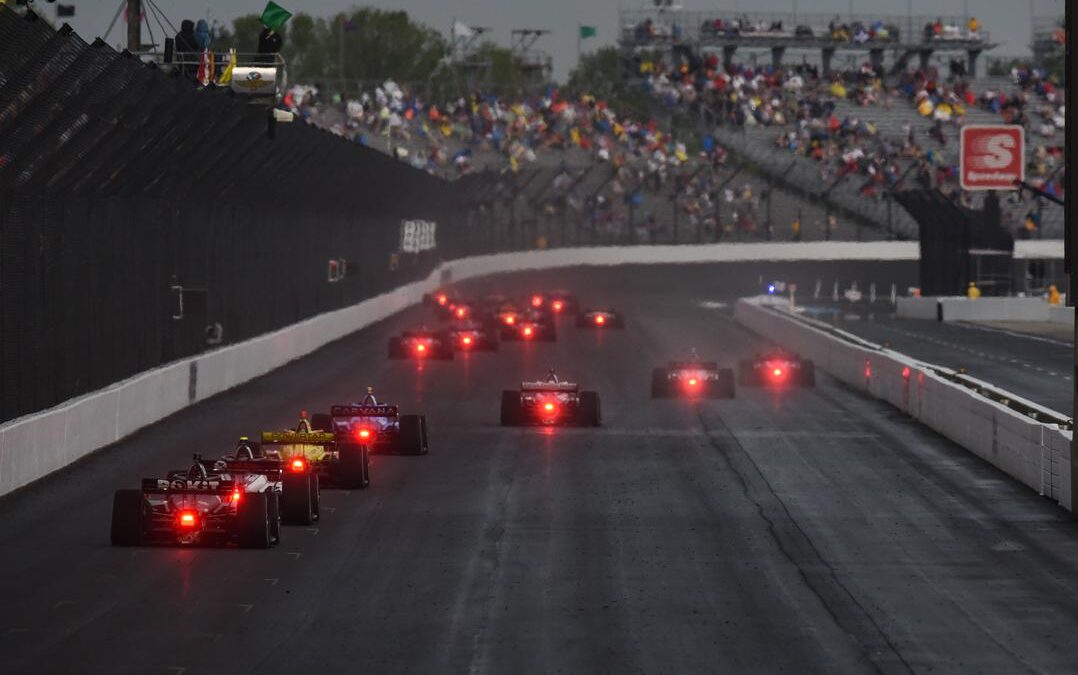 The GMR Grand Prix of Indianapolis on the IMS road course on Saturday was the perfect appetiser for what’s to come with 106th running of the Indianapolis 500 presented by Gainbridge which takes place in just under two weeks.

The GMR Grand Prix of Indianapolis was the first wet race that drivers experienced with aeroscreen, however, despite the weather there were no major visibility issues.

The race was action packed throughout the field. During Saturday’s 85 lap race there an incredible 471 passes and 362 on track passes.

(video courtesy of IndyCar via YouTube.com)

Practice for the 106th running of the Indianapolis 500 presented by Gainbridge gets underway on Tuesday with a full field of 33 drovers ready for The Greatest Spectacle In Racing.