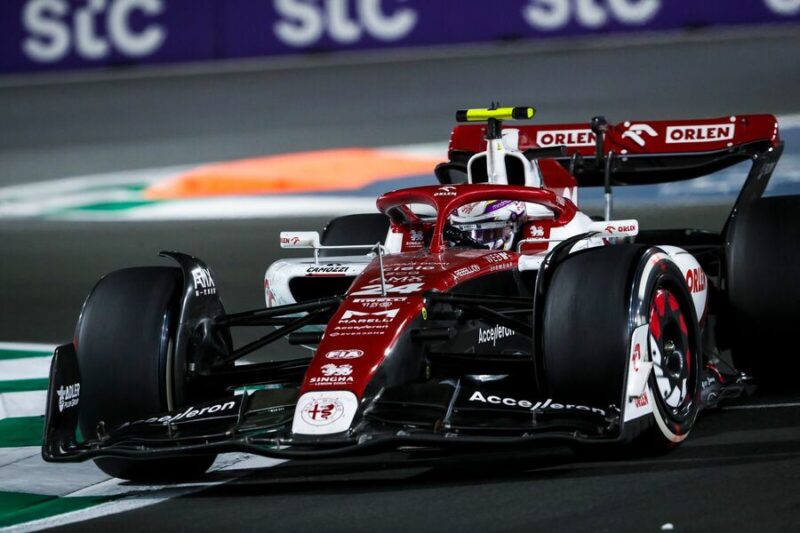 The Alfa Romeo F1 Team endured a disappointing end to a solid Saudi Arabian Grand Prix at the Jeddah circuit as Valtteri Bottas who had been running in the points was forced to retire from the race and speaking following the action the Finn said:

It’s a pity to retire from what had been a really good race until that moment, especially as we were looking good for P6 at least. The engine temperatures kept rising, we need to investigate what caused that, but we had to pull the car out as we didn’t want to lose the engine. It’s how racing goes, we now need to make sure we solve whatever issue it was and move on. Looking at the positives, the car is really good. We made another step forward from the previous race, even in the starts. We were doing a good job and enjoying some close battles: now let’s make sure we get back to scoring in Australia.

Zhou Guanyu ended the race just outside the points in eleventh place despite two penalties over the course of the 50 lap event and speaking following the action he said:

I want to think this was a good experience in terms of getting more confidence with street circuits in Formula One. It was useful, but overall the race was definitely far from ideal: we had the anti-stall kicking in at turn one, even though I had a much better start than in Bahrain, so we will need to understand what happened. I had made a good recovery from P18 and we were looking strong to bring home some points again, but the drive-through put us far at the back and that was it. Let’s hope for a smoother race in Australia, the car feels good so we can be competitive again.”

“It’s a disappointing end to an evening in which we showed so much pace. We were on course to have two cars in the points again, but luck was not on our side tonight and we leave with nothing: Valtteri was stopped by a cooling issue when he was fighting for P6, while Zhou, who was recovering from the bottom after his car went into anti-stall after a contact with Ricciardo in turn two, would have been in the top ten if not for the drive-through penalty he was given. It hurts, but this is racing, sometimes, and all we have to do is pull ourselves up and make sure we keep delivering tonight’s speed at the next races.”