Grosjean Carves His Way Through the Field To The Podium 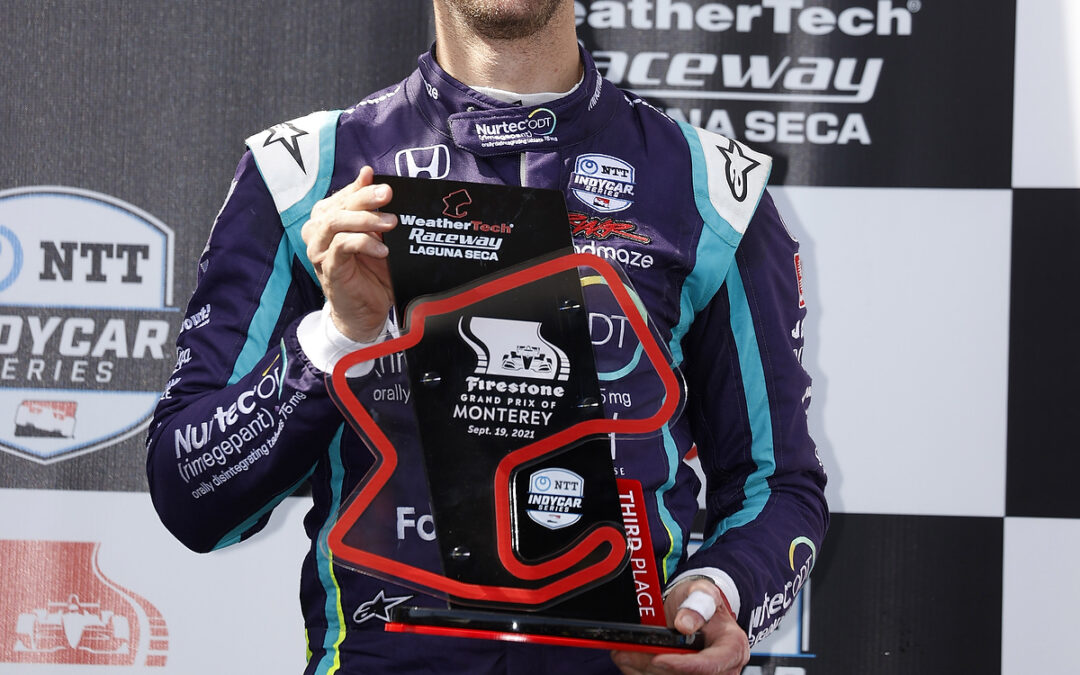 Dale Coyne Racing with Rick Ware Racing’s Romain Grosjean in the No.51 Nurtec ODT Honda came through the field from 13th place on the grid at WeatherTech Raceway Laguna Seca on Sunday to finish the Firestone Grand Prix of Monterey in third place and in doing so he claimed his third podium of the season.

Grosjean took the podium despite a very questionable overtake through the corkscrew on Chip Ganassi Racing’s Jimmie Johnson.

What a race! I’m really happy with third today after where we started. I was trying to make my way through the field, and I pushed really hard. Our Nurtec ODT car was fast, the team once again gave me a really good car. I think you need to be confident in what you can do in the car. I made some good passes. I had a couple of close moments, but it all worked out in the end. The race was fun. Turn one is a good place to overtake, the corkscrew is another good place to do so. Now it’s easy to say, but I wish we would have pitted five laps earlier because the tires were still very good at the end,