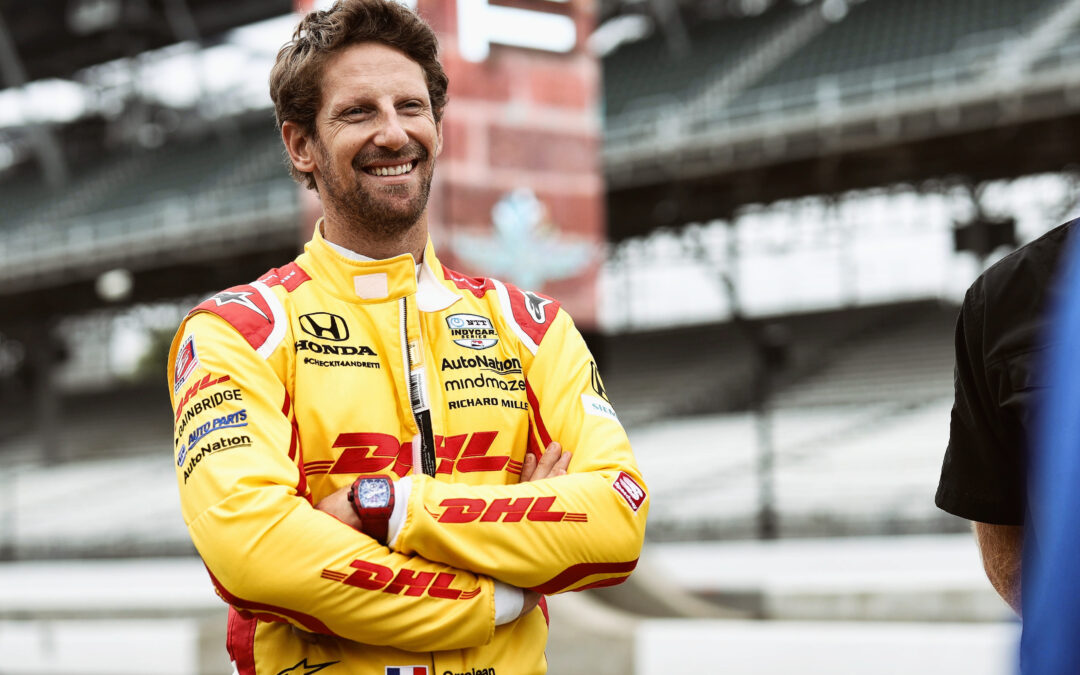 Romain Grosjean took part in his first NTT IndyCar Series test as an Andretti Autosport driver at the Indianapolis Motor Speedway on Wednesday where he completed his Rookie Orientation Programme as he prepares to make his Indianapolis 500 debut next May in the No.28 DHL Honda was extremely happy following the test.

Speaking during a Zoom conference call following the test the Frenchman said that it was great to get the insight from the May of HinchTown James Hinchcliffe who was at the test to help his teammate get up to speed.

Speaking to Paddock Eye about what he has learnt during his first season in the NTT IndyCar Series that he can take into 2022 as he embarks on his first full-time campaign in the series, Grosjean told us:

I think just the cars, the way they drive. Obviously today was more alike Gateway than anything else, so it was good I already had an experience on oval just to understand what you want, what you don’t want, what is the level of oversteer you can accept and so on. That was very positive.

The car setup today was very, very good. It was kind of easy to go through the phases, which is great. Yes, I think I still need to learn a lot on ovals. I think that’s why you have people like, a driver like Helio, that can win it more than once. One could be a lucky day. Twice I doubt it’s a lucky day. Four times you know he’s doing something special. It’s great that I’m able to look at his data, what he’s been doing, try to learn as much as I can to do the same.

Speaking about the differences between IndyCar and Formula One, Grosjean explained that there is more comradery between the drivers and that they are genuinely interested in how he gets on. The Frenchman told Paddock Eye:

In Formula 1 I’ve always had good relationship with my teammate and open data. In INDYCAR I feel like the drivers are a bit more of the center of the show. We’ve got at Andretti a lot of cars a lot of good drivers. There’s a lot of data that I can look at.

Yes, just the way you talk with the drivers. Today I got a text message from Scott McLaughlin as well as Conor Daly wishing me fun. They don’t need to do that, but we do it because we genuinely are happy for everyone. I feel like that’s also.

Yeah, Michael came today. He came in the morning. It was just great. He’s led more laps than anyone at Indy. His name is crazy. I hope I can have a CV like his. I’m going to work hard.

Interestingly enough, Grosjean confirmed that he was able to bring his race seat across from Dale Coyne Racing to Andretti Autosport which has helped him an awful lot in getting physically comfortable in the car.