Grosjean Pretty Happy With How The Car Is 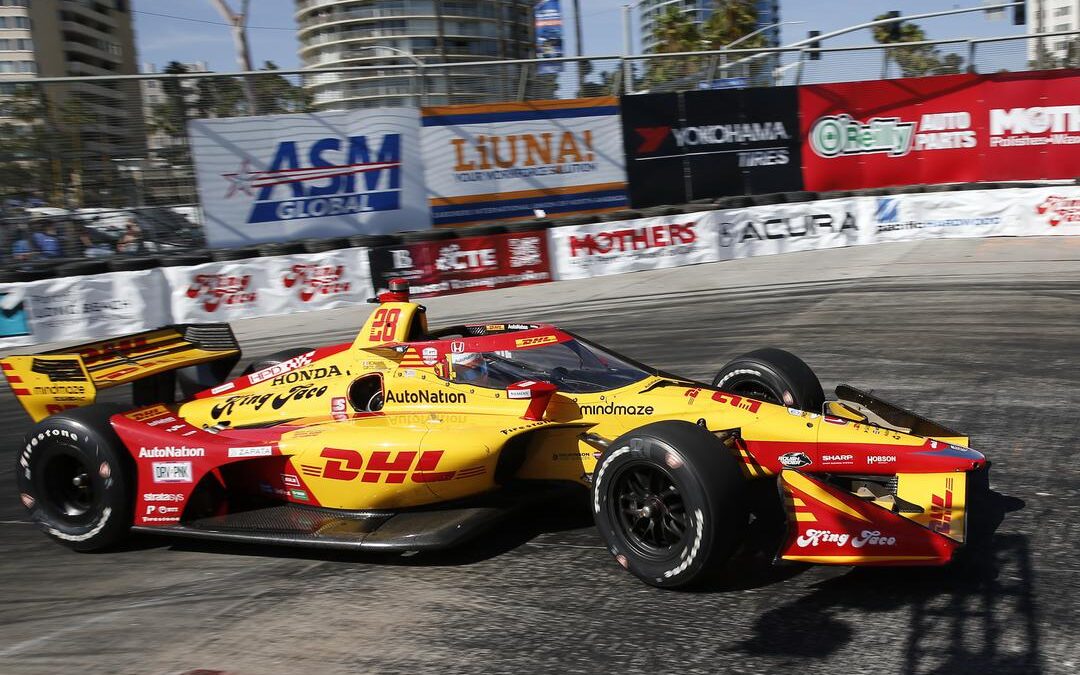 Andretti Autosport’s Romain Grosjean says that he feels more comfortable in the No.28 DHL Honda as he led the way in the final practice session ahead of qualifying for Sunday’s Acura Grand Prix of Long Beach where he set a fastest time of 01:05.6520s.

Colton Herta in the No.26 Gainbridge Honda was second fastest with a time of 01:05.6971s despite hitting the wall with a love tap.

Kyle Kirkwood was the standout performer for AJ Foyt Racing as he set the tenth fastest time with a 01:06.2486s.

Josef Newgarden was 13th in the No.2 Hitachi Team Penske Chevrolet who set a time of 01:06.4853s ending up just ahead of Felix Rosenqvist and Callum Ilott. David Malukas was 16th for Dale Coyne with HMD Motorsports with a time of 01:06.5471s.

Christian Lungaard was 17th just ahead of his team-mate Graham Rahal and Conor Daly. Jack Harvey rounded out the top 20 in the No.45 Hy-Vee Honda who set a time of 01:06.8473s.

Pato O’Ward was 21st for Arrow McLaren SP just ahead of Takuma Sato and Dalton Kellett. Devlin DeFrancesco while Tatiana Calderon was 25th for AJ Foyt Racing. Jimmie Johnson in the No.48 Carvana Honda was 26th having hit the wall for a second time in two days. The Californian suffered a right hand fracture in his accident on Friday.