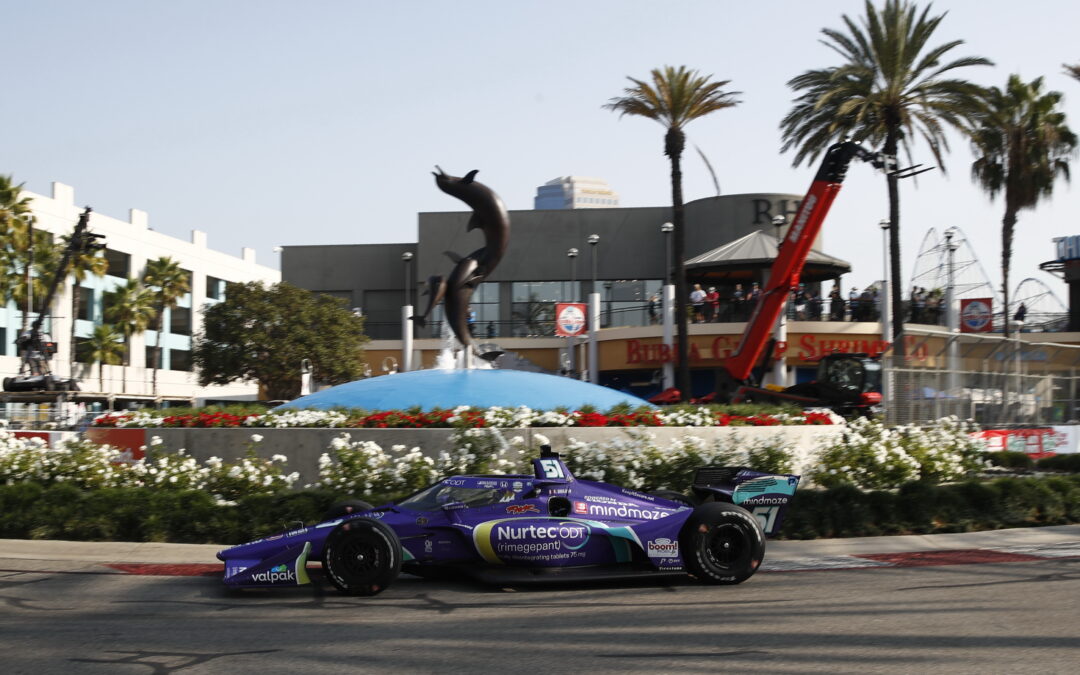 Dale Coyne Racing with Rick Ware Racing’s Romain Grosjean in the No.51 Nurtec ODT Honda will start his final race for the today in the Acura Grand Prix of Long Beach from sixth place on the grid.

The Frenchman has had a phenomenal debut season in the NTT IndyCar Series which has led to the former F1 driver signing a two year full-time contract with Andretti Autosport to take over the No.28 DHL Honda from Ryan Hunter-Reay in 2022.

Grosjean will be aiming for a strong finish to his season which has to date netted him three podium finishes and an NTT P1 Award.

It’s a bit bittersweet. In the Fast 12 we went really fast and had a big margin over second and a huge one over third. “In the last round of qualifying, I struggled a bit more with my Nurtec ODT car but I’m happy with a top 6 start. It’s my first time in Long Beach, so it’s good. We didn’t start the weekend with the best car yesterday, but we made some really good progress so I’m happy with that and now I’m really looking forward to the race.”