Hard Work Over The Off-Season Paying Dividends For Team Penske 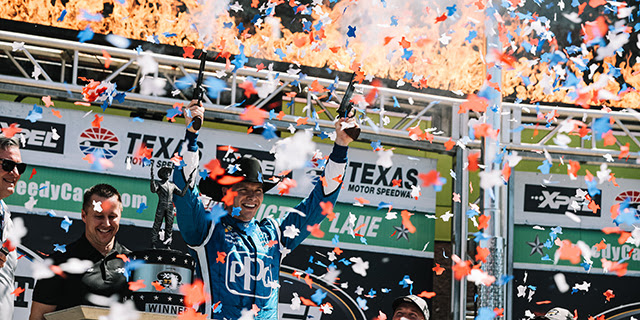 Team Penske’s hard work over the NTT IndyCar Series off-season has paid off as the outfit has taken two victories from the opening two races of the 2022 season. Scott McLaughlin who is in his second season driving the No.3 Chevrolet took his maiden career victory in the season-opening Firestone Grand Prix presented by RP Funding on the streets of St Petersburg last month and was joined on the podium by his team-mate Will Power in the No.12 Verizon 5G Chevrolet who finished the race in third place.

Fast forward to last weekend’s opening oval race of the season, the XPEL 375 at Texas Motor Speedway, McLaughlin once again dominated the race only to be passed at the finish line by his team-mate Josef Newgarden in the No.2 PPG Chevrolet.

As a result of their start to the season, Team Penske has all of their drivers in the top four of the championship with McLaughlin leading the standings by 32 points from Power. Newgarden has a new race engineer following the departure of Gavin Ward who joined Arrow McLaren SP over the off-season, however this change has not phased the Tennessee-native due to the pairing of himself and Eric Leichtle as they scored their first victory together over the weekend in Texas.

The result on Sunday in Texas was not only Team Penske’s 600th win as a company across their motorsport disciplines but it was also a 1-2 finish for the team. The result showcased not only the hard work that has gone at Team Penske over the winter but also the hard work that has gone on at Chevrolet who are looking to reclaim the Manufacturers championship this year following a number of seasons of Honda dominance.