Harvey The Biggest Mover In Portland 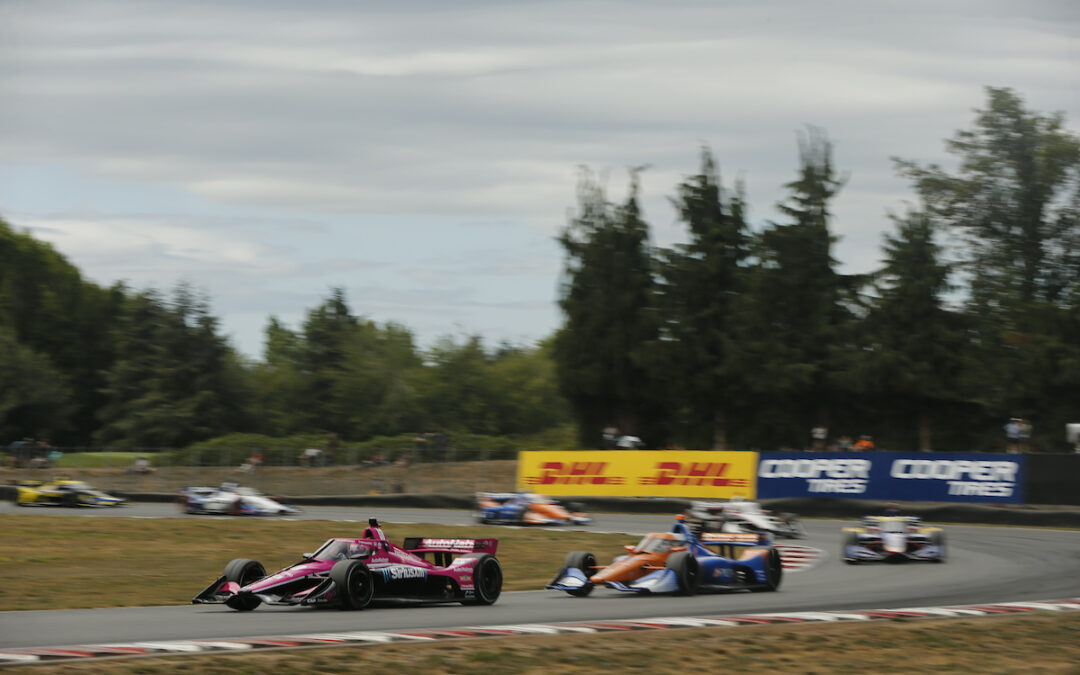 Meyer Shank Racing’s Jack Harvey in the No.60 AutoNation Sirius XM Honda was the biggest mover in Sunday’s Portland Grand Prix as he gained 16 places from his start position to finish the 110 lap race in fourth place just missing out on a podium finish and speaking following the race the Englishman said:

“Obviously, we got a bit of help with all of the carnage in turn one. Before the race, we [the drivers] had a pretty clear question [to race control] as to what the rules were going to be if people had to go through the escape road and on the start I managed to stay on track and pick up a few positions there. But overall the strategy was great today. If we can combine the best bits of our weekend, then I think we’ve got a really competitive team and we can come and try and run at the front of the race. Obviously, I just want to get a good result for everyone at Meyer Shank Racing and AutoNation / SiriusXM and we’ve got two more races to try and get it done.”

Helio Castroneves ended the race in 23rd place and speaking following the action he said:

“I saw somebody coming in like a torpedo at the start and the experienced guys started backing off, I don’t know who it was but came in and started hitting everybody. I guess the guy from the right side got hit, he hit me, I hit somebody on the left and bent the suspension. Short-lived but good news is we were able to get back out on track to make the most of the race. The SiriusXM / AutoNation car was pretty great around Portland. We used the session to keep it going, stick it out, and keep working on those little bugs. We tried a lot of things when we did the pit stop. Those things are preparation for us. It’s not what we wanted but we have to take it as it comes and hopefully, Laguna will be a better performance.”