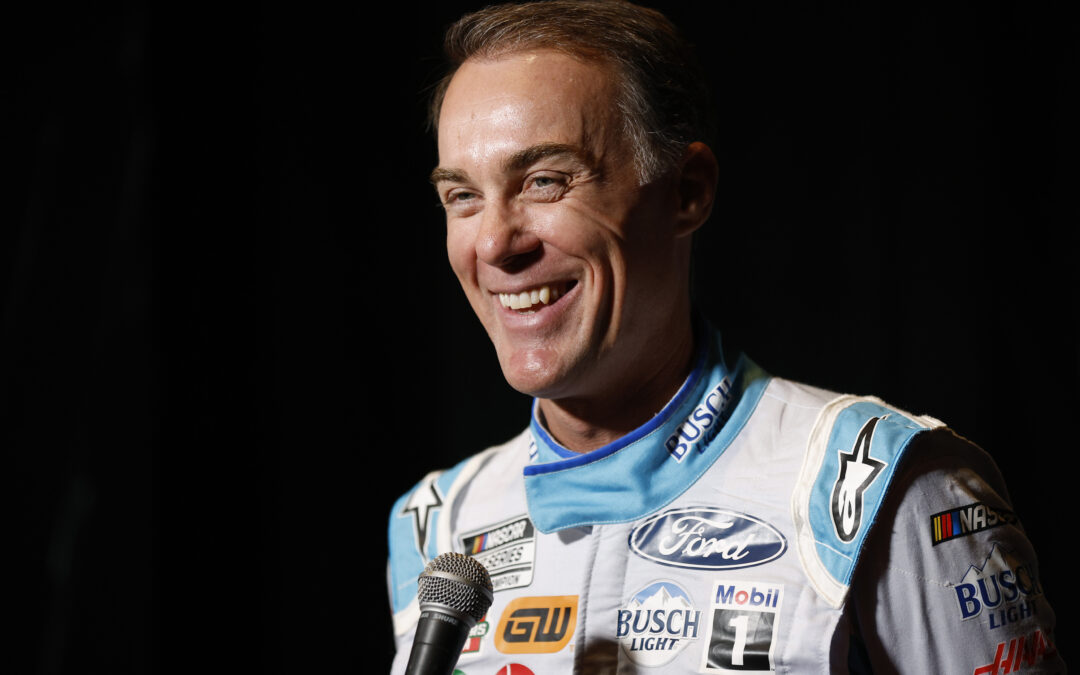 Stewart Haas Racing’s Kevin Harvick has announced that he will retire from the NASCAR Cup Series at the end of the 2023 season.

Harvick who has been in NASCAR for over two decades will make his 800th Cup start in April at Talladega superspeedway.

Speaking about his decision, Harvick said:

There is absolutely nothing else in the world that I enjoy doing more than going to the racetrack, and I’m genuinely looking forward to this season. “But as I’ve gone through the years, I knew there would come a day where I had to make a decision. When would it be time to step away from the car?

“I’ve sought out people and picked their brains. When I asked them when they knew it was the right time, they said it’ll just happen, and you’ll realize that’s the right moment. You’ll make a plan and decide when it’s your last year.

“It’s definitely been hard to understand when that right moment is because we’ve been so fortunate to run well. But sometimes there are just other things going on that become more important and, for me, that time has come.”

Harvick’s decision to make the 2023 season his last comes as the father of two eyes more family time. Together with wife, DeLana, they’ll continue to visit racetracks, but Harvick won’t be wearing a firesuit. His 10-year-old son, Keelan, is an avid karter who races internationally, and his 5-year-old daughter, Piper, is already following in the family’s tire tracks, wheeling a go-kart of her own.

“In the last year, I think I’ve seen Keelan race three times while he’s been in Europe. I go to the go-kart track with Piper and she makes twice as many strides in a day while I’m there than she would in a day when I’m not there. It takes a lot of time to organize the level of racing they’re doing, and to be around that is important to me.

The No. 3, made famous by Earnhardt, was changed to the No. 29, and Harvick made his Cup Series debut on Feb. 25 at North Carolina Speedway in Rockingham. Harvick started 36th that Sunday at Rockingham, but rain washed over the track just 51 laps into the 393-lap race. The race resumed at 11 a.m. ET on Monday, whereupon Harvick drove to a solid 14th-place finish. He then traveled to Las Vegas on Tuesday, got married on Wednesday, and was back in a racecar on Friday, competing in both the Xfinity Series and Cup Series events at Las Vegas Motor Speedway.

After finishing eighth on Sunday to score his first career top-10 in the Cup Series, Harvick headed to Atlanta Motor Speedway where on March 11, 2001 the first of his 60 Cup Series wins was secured in just his third career start.

“Dale’s passing changed our sport forever, and it changed my life forever and the direction it took. It took me a long time to really get comfortable to really even think about things that happened that day. “Looking back on it now, you realize the importance of getting in the Cup car, and then we wound up winning my first race at Atlanta in the 29 car after Dale’s death. The significance and the importance of keeping that car on the racetrack and winning that race early at Atlanta – knowing now what it meant to the sport, and just that moment in general of being able to carry on, was so important.”

I competed against Kevin for a long time and I was so happy to finally have him a part of our race team,” said Stewart, the three-time NASCAR Cup Series champion who co-owns Stewart-Haas Racing with Haas Automation founder Gene Haas. “He’s incredibly reliable – consistent and calculated on the track with a drive to always be better. That’s what you want in a teammate. He knows what he needs to be successful, and his will to win helped elevate our entire company.”

Stewart retired as a NASCAR driver at the end of the 2016 season. His hope for Harvick’s final season is sanguine and straightforward.

“I want Kevin to savor every lap this season, to compete like hell and to take it all in. He’s made all of us at Stewart-Haas Racing incredibly proud and we want to make his last season his best season.”

With championships across several NASCAR series and a NASCAR Cup Series win total that ranks in the top 10, Kevin Harvick’s legacy as one of the all-time great drivers is secure. Beyond his success inside a race car, Kevin is a leader who truly cares about the health and the future of our sport – a passion that will continue long after his driving days are complete. On behalf of the France Family and all of NASCAR, I congratulate Kevin on a remarkable career and wish him the best of luck in his final season.

Harvick who won the championship in 2014 will be hoping for a solid start to his final season starting February 6 at the Daytona road course.