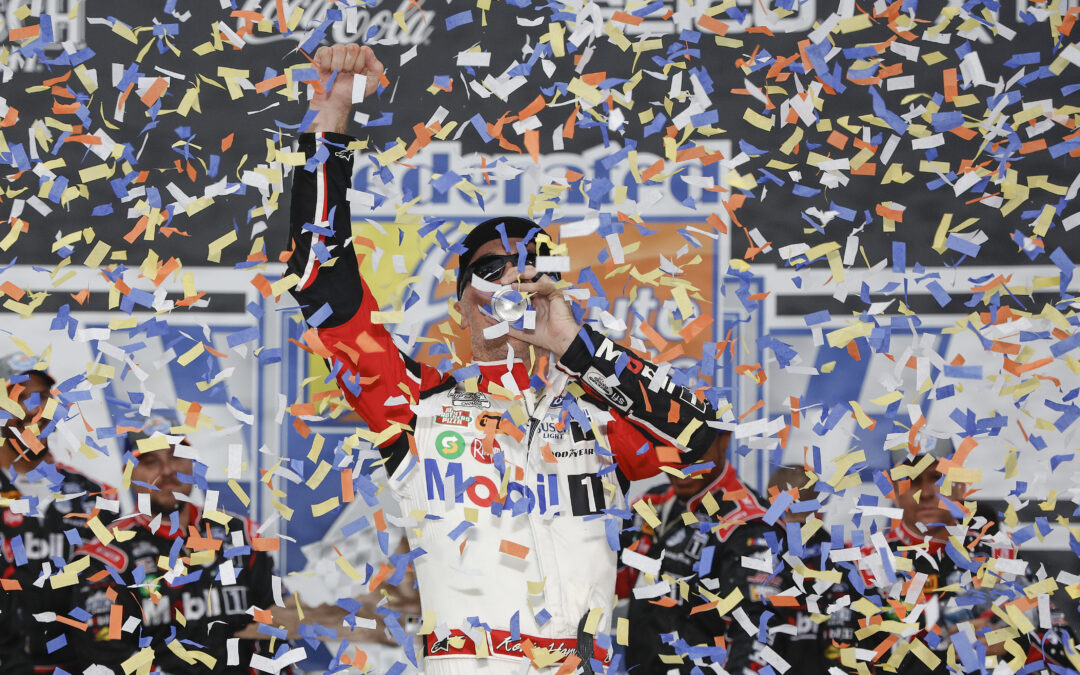 It’s like I said last week, the cars have been running good week-in and week-out. “and you see that we have a lot better understanding of what’s going on with how we adjusted on the car after the first run and were able to get our car handling a lot better.

“I think as it got dark, the race track really came to our Mobil 1 Ford Mustang.

Harvick went on to say:

“Well, I knew he was coming, but I forgot to shift down the front straightaway the last time. “I was not paying attention, and he got closer than he should have. I made a mistake there a couple laps doing the same thing. I wasn’t shifting on the back, and I was shifting on the front. There was a lot going on, and made a couple mistakes, let him get too close.”

Christopher Bell finished the race in second and speaking following the action he said:

Really, really proud of (crew chief) Adam Stevens, this entire 20 group. “The Rheem Camry didn’t feel very good at the beginning, and we had our fair share of troubles (including a spin on Lap 250), and the pit crew really came through at the end there with some blazing stops and allowed us to get in front of the 11 (Hamlin), who was on the same strategy as us and get up there and contend.

Yeah, I think just as the sun went down and the track cooled off, (we) lost some turn on our car. “Kevin and some others got a lot better the last couple of runs in the race. When it was hot and slick, that was probably our strength with the Shell Pennzoil Mustang.”