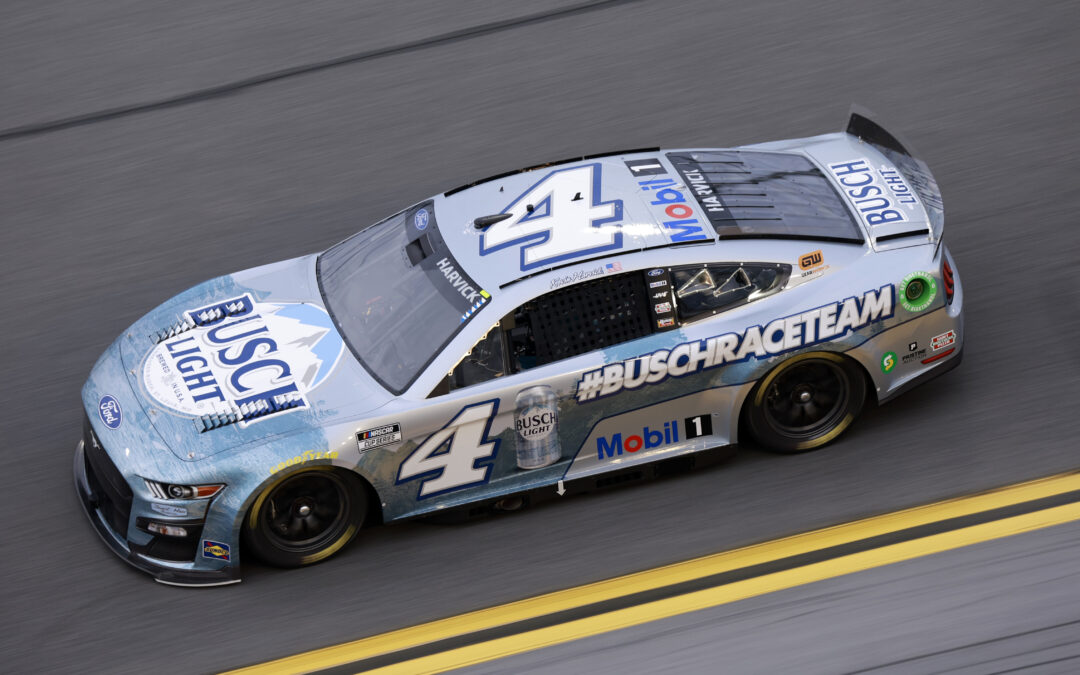 Stewart Haas Racing’s Kevin Harvick in the No.4 Busche Latte Ford Mustang was caught up in an accident during Sunday’s Food City DIRT race at Bristol Motor Speedway.

WHAT CAN YOU TELL US?

“The first thing I can tell you is we did a terrible job prepping the track and full of mud and there was nobody here to pack the track, so we all look like a bunch of bozos coming in to pit because we don’t know how to prep the track. And then we don’t get the lucky dog for whatever reason with two cars on pit road, and then we got run over. I don’t know who ran us over at the end.”

AFTER YOU GOT YOUR LAP BACK DID YOU FEEL LIKE?

“I had a great car. The racetrack was fine. They just did a terrible job to start with. They’ve done this before, but, obviously, it doesn’t look like it.”

WILL YOU GO AND TALK TO THEM OR SAY SOMETHING?

“Might be, but if I had my choice we wouldn’t be doing this anyway.”

DO YOU THINK THIS IS SOMETHING THAT’S SALVAGEABLE?

THE POINT IS SOMETHING DIFFERENT AND GOING BACK TO THE SPORTS’ GRASSROOTS.

YOU REALLY LIKED THIS TRACK THE WAY IT WAS, RIGHT?

“I think Bristol is a great racetrack, but it must not have been what everybody liked.”