Herta Claims His Third Win Of The Season In Long Beach 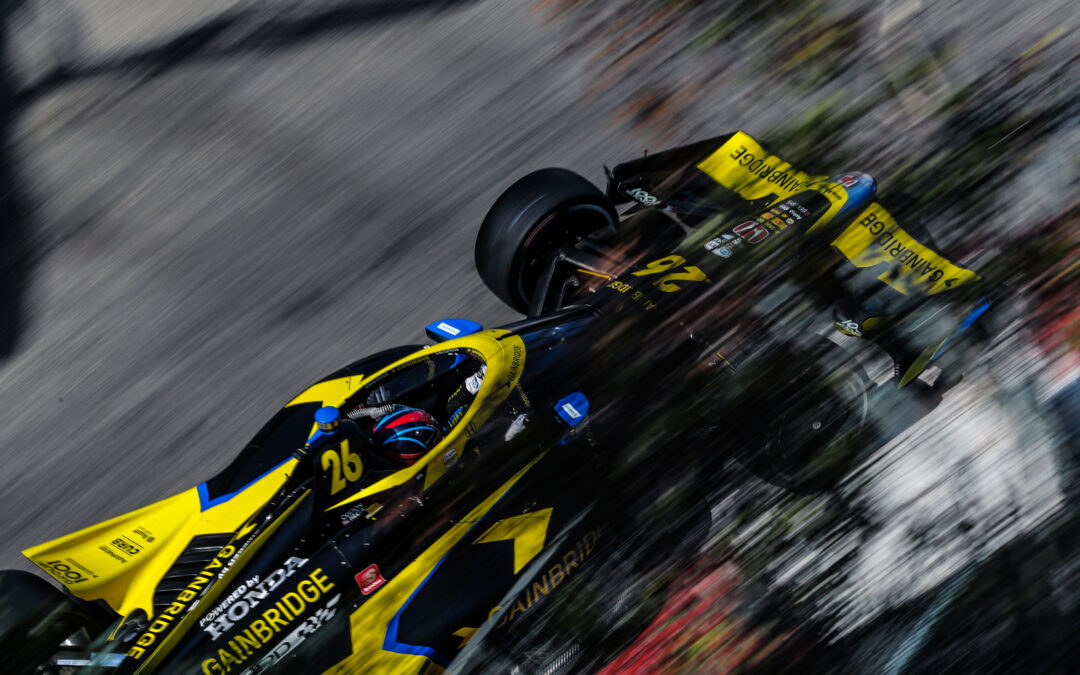 Andretti Autosport in the No.26 Gainbridge Honda came from 14th on the grid to claim his third win of the 2021 NTT IndyCar Series season to ensure that he ended the year in fifth place in the championship on 455 points and best of the rest behind Alex Palou, Josef Newgarden, Pato O’Ward and Scott Dixon.

“I’ve been coming here since I was a baby when my dad was racing in the 2000s. It was the only race I could come to because I couldn’t fly, and it was so close. This one means so much, being my hometown race. I can’t believe I won it on my second try – this was a big one. It’s been mostly a perfect weekend, aside from qualifying, but it was fun to come from further back. I can’t thank Gainbridge, Dan, Cassidy and the entire Andretti Autosport 26 team enough for such a strong weekend. We started the season with a win and got to end the season with a win. I wish we had a few more inbetween, but this win was big.”

Alexander Rossi in the No.27 NAPA Auto Parts Honda ended the season in tenth place overall on 332 points after a sixth place finish today and speaking following the race he said:

“It was going to be tough starting from 15th. We knew we had fast race cars, we started on the (Firestone Primary) Blacks to try and have the (Firestone Alternate) Reds at the end of the race – which I think worked really well, we finished sixth. We had a mechanical issue early on which lowered our ride height and cost us some straight-line speed. But ultimately, I think the team did a great job to get Colton to victory lane from 14th and me to being right there and fighting for it. It was a good effort. It’s been a pretty difficult year, but there’s been a lot of positives, so we look forward to taking those into next year and hopefully coming out of the gate stronger and not having to play catch up for so much of the season.”

James Hinchcliffe in what was may have been his last race as a full-time NTT IndyCar Series driver had a nightmare event as more mechanical gremlins, the story of his season made sure he was stuck down in 14th and meant that he ended one of his worst seasons in the sport in 20th place in the championship on 220 points.

“Tough end of the day for us in the 29 Capstone car. We had a top-five car, honestly. We were running a great strategy; the team did an incredible job in the pits. The car was running really strong in that second stint, then with about five (laps) to go in that second stint, I felt something change in the back of the car and unfortunately it looks like we had some sort of an issue there. Haven’t figured out exactly what it is yet, but something definitely let go so the handling from then on was pretty tough. We were just sort of hanging on. To come home 14th is disappointing, because we were capable of a much better result today. It’s kind of the story of our season, we’ve just had a lot of bad luck. But it’s been a great year with Capstone, Genesys and everybody with Andretti Steinbrenner. I wish it could have ended a little better for everyone, but thanks for all the support over the season and I hope to see everyone again soon.”

Ryan Hunter Reay rounded out his Andretti Autosport career in 23rd in the Acura Grand Prix of Long Beach and 17th in the championship on 256 points and speaking following the race he said:

“I think today summed up the 2021 season in a nutshell. It seems like no matter what, every race this year, whether on the racetrack or in pit lane we’ve had some sort of issue come up. It was no different today. We got hit from behind in the hairpin at the start of the race, punctured the left rear tire which proceeded to disintegrate and take apart the bodywork. We had to pit again to take care of that – it put us multiple laps down. It’s unfortunate, but it’s kind of the way it’s been going. I enjoyed my last weekend full time with the team, hopefully I’ll be back at some point with the team to kick some ass. Thank you to DHL and Andretti Autosport.”