Herta Leads The Way In Practice 2 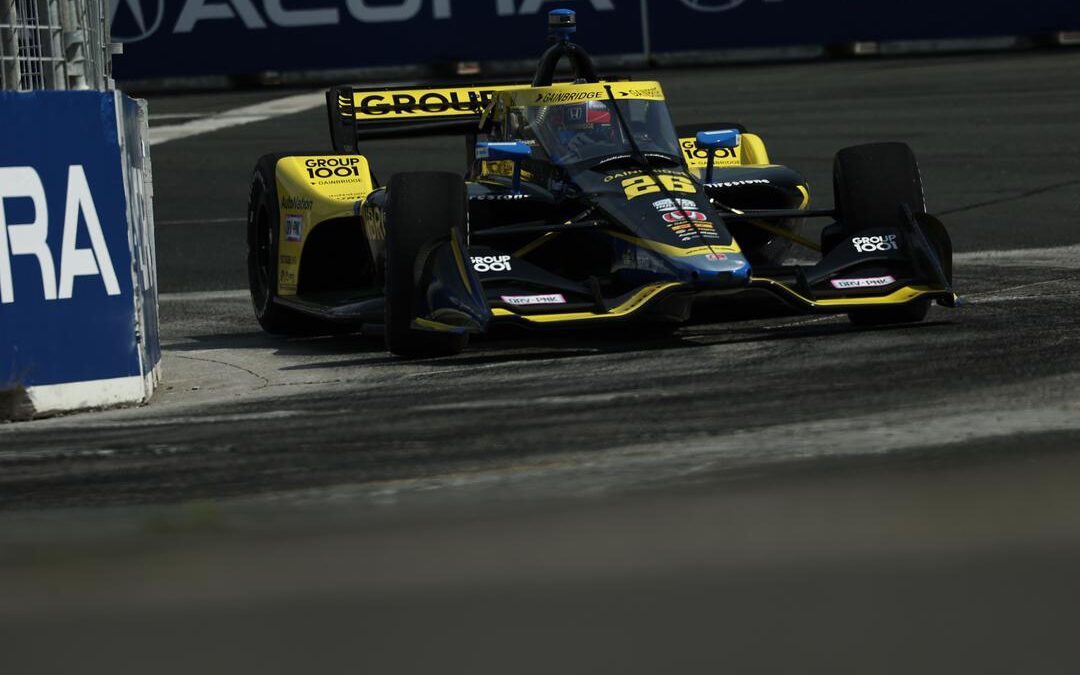 Andretti Autosport’s Colton Herta in the No.26 Gainbridge Honda was the fastest in the second practice session in Exhibition Place ahead of qualifying for Sunday’s Honda Indy Toronto setting a fastest time of 01:00.0471s ending the session just ahead of championship leader Marcus Ericsson in the No.8 Huski Chocolate Honda.

Will Power was third fastest just ahead of his team-mate Scott McLaughlin while Rahal Letterman Lanigan Racing’s Christian Lundgaard was fifth. Six-time series champion and three-time Toronto winner Scott Dixon was sixth fastest in the No.9 PNC Bank Chip Ganassi Racing Honda with a time of 01:00.4547s.

Graham Rahal was seventh just ahead of David Malukas and Felix Rosenqvist while Alexander Rossi who was fastest on Friday rounded out the top ten.

The start of the session was delayed while repairs were carried out to the track following crashes in the USF2000 race and the Porsche races this morning. Meyer Shank Racing’s Simon Pagenaud was 11th just ahead of Arrow McLaren SP’s Pato O’Ward.

Ed Carpenter Racing’s Rinus VeeKay who has been tipped as a potential replacement for Alex Palou at Chip Ganassi Racing next season was P13 just ahead of Takuma Sato and his team-mate Conor Daly.

Jack Harvey was 16th just ahead of Devlin DeFrancesco and Callum Ilott. Romain Grosjean was P19 for Andretti Autosport in the No.28 DHL Honda despite bringing out the red flag after making heavy contact with the wall.

Helio Castroneves was 20th just ahead of AJ Foyt Racing’s Kyle Kirkwood and the Chip Ganassi Racing pairing of Jimmie Johnson in the No.48 Carvana Honda and Alex Palou in the No.10 NTT DATA Honda who brought out the red flag after making heavy contact with the wall.

Josef Newgarden, a two-time race winner here in Toronto rounded out the order after Team Penske discovered a mechanical issue with his No.2 Hitachi Chevrolet.