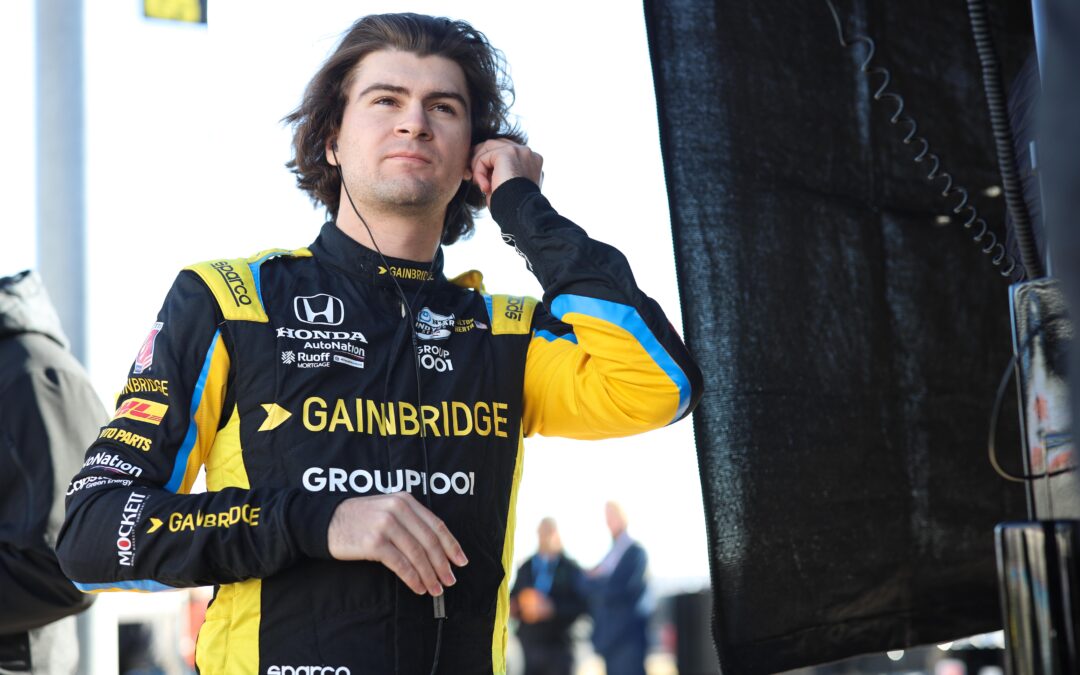 Colton Herta and Andretti Autosport announced on Tuesday, a long-term extension to their partnership which will see the pair remain in the NTT IndyCar Series with sponsorship from Gainbridge until at least the end of 2027.

We’re really pleased to confirm that Colton and Gainbridge will remain with Andretti Autosport for years to come. “Colton is a true talent in a race car and has natural determination that makes him want to win. He’s a strong competitor and a good teammate. I’m looking forward to seeing what Colton and Andretti can continue to achieve together.”

“We’ve been really proud to represent Gainbridge, and to have given them their first racing victory with Colton in 2020 — and four more since. “On and off the track we share a commitment to compete at the top level and look forward to seeing Colton return to victory lane in the yellow and black Gainbridge colors.”

Herta made his NTT IndyCar Series debut with Harding Racing in the 2019 season-ending Grand Prix of Sonoma before joining the series full-time with Andretti Autosport in 2020 has claimed seven victories, 11 podiums and 9 pole positions in his short career commented saying:

“I’m super happy and grateful for everything the entire Andretti and Gainbridge teams have done for me. “This is a huge step for me professionally and I’m so glad it can be with a top team like Andretti Autosport. We have big goals and a lot of work ahead of us, but I can’t be happier to do it with this team and represent Gainbridge!”

Herta will once again pilot the No.26 Gainbridge Honda and speaking about the news, Dan Towriss, CEO and President of Group 1001, the parent company of Gainbridge said:

“Gainbridge is proud to continue its successful relationship with Andretti through this new contract extension with Colton. We have high hopes for both Colton and Gainbridge and believe they’re destined to become household names. “With his natural talent and winning spirit, Colton won’t stop until he changes the landscape of racing. He’s the perfect representative for Gainbridge, who is changing the landscape of financial services.”

The news puts to rest any talk of Colton Herta joining the Formula One grid anytime soon. Herta will drive alongside Romain Grosjean in the No.28 DHL Honda, Kyle Kirkwood in the No.27 AutoNation Honda and Devlin DeFrancesco in the No.29 Andretti Steinbrenner Honda.