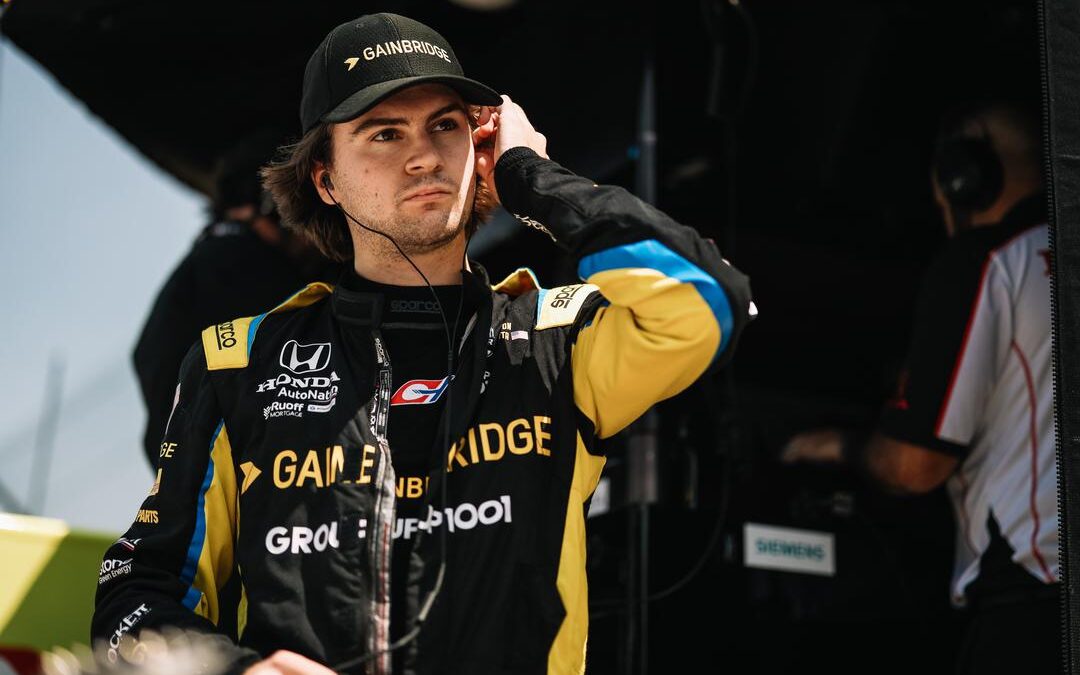 Andretti Autosport’s Colton Herta in the No.26 Gainbridge Honda had Honda Performance Development their first win of the 2022 NTT IndyCar Series season following a chaotic timed GMR Grand Prix of Indianapolis on the IMS road course.

The race had everything, rain, dry weather, drivers spinning, cautions, and drama on pit road and Herta himself had a crazy moment in the race where he made the ultimate save managing to keep control of his car to claim his seventh career victory as the race ended under caution.

Meyer Shank Racing’s Simon Pagenaud was the biggest mover through the race making up 18 positions from where he started to claim his first podium finish for his new team while Team Penske’s Will Power in the No.12 Verizon 5G Chevrolet took the lead in the championship coming home in third place.

Marcus Ericsson also had a fantastic race as he came through the field from 18th to finish fourth just ahead of Conor Daly.

Felix Rosenqvist recovered after being hit by his teammate, in turn, one to finish the race in sixth place just ahead of Takuma Sato and Callum Ilott who had a phenomenal race to come home in eighth place just ahead of Christian Lundgaard who crashed on the last lap as he crossed the line.

It was a great recovery drive from six-time series champion Scott Dixon in the No.9 PNC Bank Honda who came from 21st on the grid to finish the race in tenth place despite running out of fuel and going a lap down in the race.

Alexander Rossi in the No.27 AutoNation NAPA Honda came home in P11 just ahead of David Malukas and Jack Harvey while Helio Castroneves came home in 14th place.

Tatiana Calderon had her best NTT IndyCar Series finish for AJ Foyt Racing coming home in P15 using her experience of racing in Europe to her advantage to come home ahead of Graham Rahal and Pato O’Ward who stayed out on slick tires when the rain came and was forced to pit from a top-five position.

Scott McLaughlin looked like he was on for his second win of the season but like O’Ward gambled on tire choice and came home in 18th just ahead of Romain Grosjean who also gambled while Alex Palou rounded out the top twenty following a disastrous race for the defending champion.

Juan Pablo Montoya had a great race for Arrow McLaren SP but hit the wall right at the end of the race and was 21st just ahead of Devlin DeFrancesco and Jimmie Johnson while Rinus VeeKay was 24th just ahead of Josef Newgarden and Kyle Kirkwood while Dalton Kellett rounded out the order in what was an absolutely insane race for the NTT IndyCar Series.