Hopefully This Is The Beginning Of A Title Push 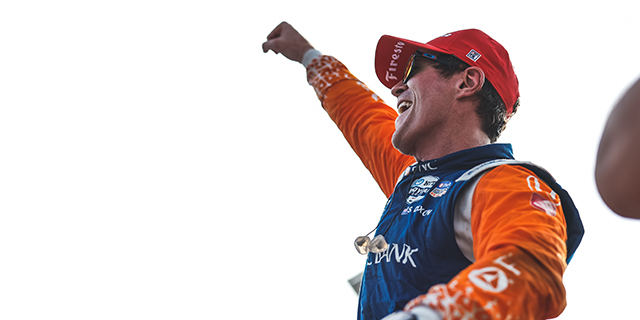 Scott Dixon in the No.9 PNC Bank Chip Ganassi Racing Honda says that he hopes his victory in Sunday’s Honda Indy Toronto is the start of a title push.

The Iceman started the 85 lap race from second place on the grid but made a quick start to the race dispensing of pole-sitter Colton Herta.

The victory has seen Dixon tie with Mario Andretti on 52 career wins and speaking following the action Dixon said:

Ended a streak there, which is fantastic. “Just so happy for the team. A crazy year for the 9. The PNC Bank No. 9 back in winner’s circle. It just feels so good.

“To be close to Mario, every time I’m asked these questions, I’m just so thankful that we still have A.J. and him in the pits. We get to see them; we get to talk to them. It’s just fantastic. It’s huge, man. I just feel so lucky to be a part of this group.”

The result puts Dixon into fourth in the championship, just 44 points behind his team-mate and championship leader Marcus Ericsson.

Hopefully we’re kind of in the title hunt now. “I’m hoping this is the start of the roll. I know the team definitely deserves it.

Sharing his thoughts on the Firestone tires, Dixon said:

We struggled a little bit on reds. “We made some adjustments after this morning (based) on some of the different tracks that we’ve been throughout the year. We had fought with understeer, and that definitely wasn’t the case today. It was a tough drive, man.”