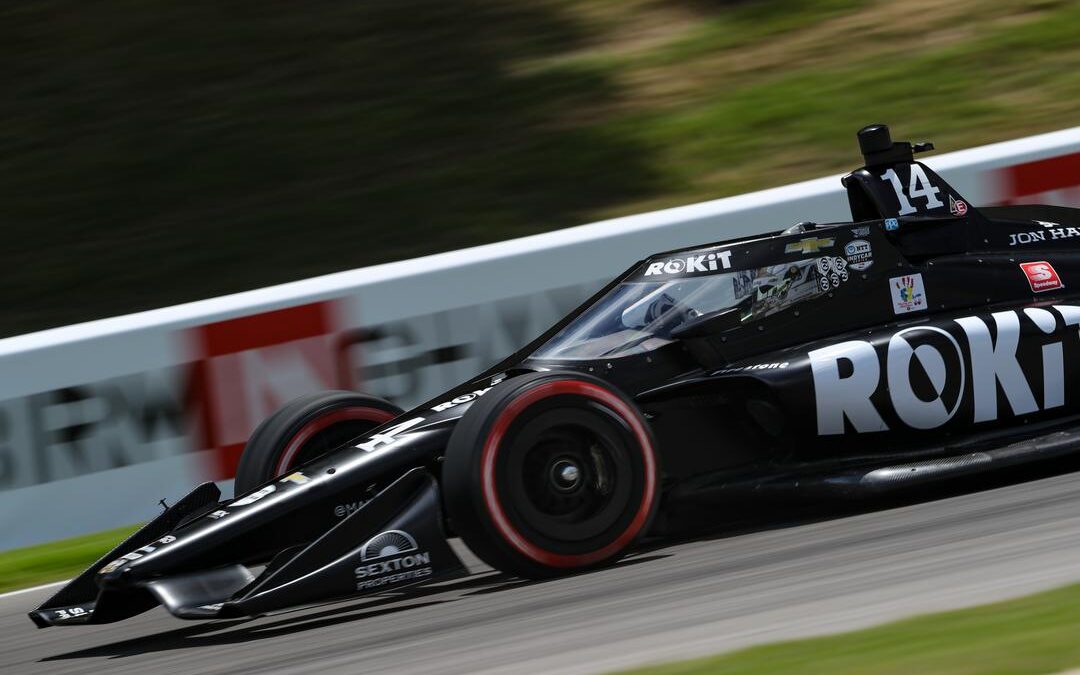 AJ Foyt Racing’s Kyle Kirkwood in the No.14 ROKiT Chevrolet says that he hopes that the team can take what they learned from the Honda Indy Grand Prix of Alabama at Barber Motorsports Park last time out to this weekend’s GMR Grand Prix of Indianapolis on the Indianapolis Motor Speedway road course.

Kirkwood has had previous success at the Speedway during his time in the IndyCar support categories and speaking ahead of the event this weekend he said:

May is such a special month for INDYCAR and AJ Foyt Racing given the history that has been made at the Indianapolis Motor Speedway by A.J. in the No. 14 car that I am now so proud to drive. We’re now a few races in and things seem to keep getting better. From an outside perspective you’d think that Barber wasn’t a great weekend for us, which results-wise it wasn’t, but internally the atmosphere is amazing and has only gotten better as the season has continued. I have had previous success here at IMS in lower categories and it is one of two tracks that I have been able to test on prior to the beginning of the season. Hopefully we can take what we learned at Barber and apply it to the IMS road course this coming weekend to start off our Month of May on a high.

Dalton Kellett in the No.4 K Line Insulators Chevrolet is also looking forward to kicking off his month of May with a strong weekend at the Indianapolis Motor Speedway and speaking ahead of Saturday’s race the Canadian said:

We’re all looking forward to kicking off the Month of May this weekend with the GMR Grand Prix. This is obviously such a special time of year for us and the city of Indianapolis. The GP is an exciting way to get the racing action going, just a day until I can get back behind the wheel of the No. 4 K-Line Insulators Chevy. The track itself is interesting since it’s very smooth and has relatively low grip – so getting the setup right is tricky. The times always end up very tight through the field, so qualifying is going to be important. We will really be focusing on that as we start the weekend. If we can start in a good spot and race effectively, we’ll be in a position for a good finish.

Tatiana Calderon in the No.11 ROKiT Chevrolet will make her race debut at the Indianapolis Motor Speedway and this is something the Colombian is extremely excited about as she continues her NTT IndyCar Series and speaking ahead of the race this weekend, Calderon said:

special for me, for any driver in the world really. It’s such an historic place and I can’t believe I’ve never done a lap around it. I’ve been there to watch an Indy 500 race about 10 years ago–actually watching J.R. almost win it. It’s going to be amazing to really drive there. Obviously, the [tire] compound changes from street circuits to permanent road courses and Barber is a little bit different from any other permanent race track but I think we kind of know what to expect now from the car and the tires.

“IMS is a circuit that has less elevation changes than Barber, a bit more technical, not that many high-speed corners, so hopefully it can suit my style a bit more. On the other hand, talking to the engineers, they tell me they have struggled a little bit in the past in the [GMR] grand prix’s layout, so I think we have a lot of ideas we want to implement in the car to try to be more competitive. My being a rookie this year is going to be a little tough, especially the first free practice, but hopefully I can get up to speed a bit quicker and challenge for better positions this time. I’m also excited to live the month of May in Indianapolis and watch the Indy 500 from the inside and learn from the best race in the world.”