Hopefully We Can Have A Smooth Run At Long Beach 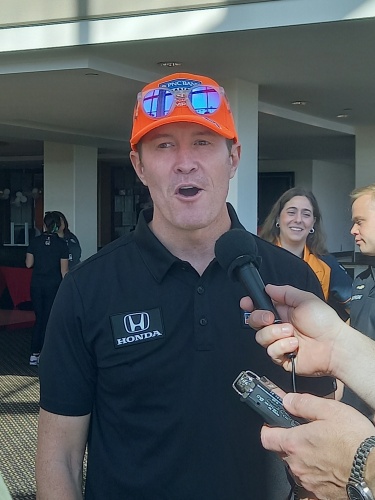 Chip Ganassi Racing’s Scott Dixon in the No.9 PNC Bank Honda says that he hopes that the team can have a smooth Acura Grand Prix of Long Beach this weekend and end up in victory lane on Sunday.

Speaking ahead of the race this weekend, The Iceman who was testing at Barber Motorsports Park on Monday said that the team had a strong run here last season and he hopes that one of the Ganassi cars gets into victory lane.

Jimmie Johnson in the No.48 Carvana Honda says that now he has more races under his belt in terms of his progression he will be in a position for a solid qualifying and to run well in the race.

Marcus Ericsson in the No.8 Huski Chocolate Honda says that his team is full of confidence heading into the race this weekend coming off the back of their podium finish last time out in Texas and he is confident that the team can run upfront.

Defending series champion Alex Palou in the No.10 NTT DATA Honda says he is looking forward to the race this weekend as this is where he won the championship last season and he s hoping that the team can challenge for a podium and a win on Sunday.