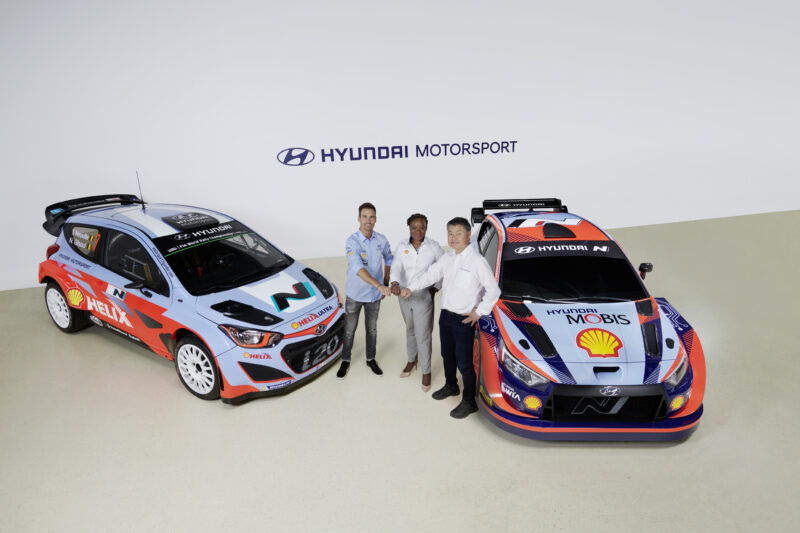 Hyundai Motorsport announced on Wednesday that they have signed a three-year contract extension with Shell who will continue as their title sponsor in the FIA World Rally Championship.

The partnership has taken 21 WRC victories, including the most recent at Rally Italia Sardegna, the team’s first with the new Hyundai i20 N Rally1.

“Shell has been with us since the very start of our WRC journey. It is testament to the strength of our working relationship that we can extend the partnership for three more years. While our two companies share a corporate relationship, our WRC collaboration has technical development at its core. We have been through two major regulation changes in recent years, the first in 2017 and again this season. Shell has been with us every step of the way. They played a key part in our two title successes, and we’ve been pleased to carry on the winning partnership into the new hybrid era. This is far more than just title sponsorship of the Hyundai Shell Mobis World Rally Team, it is a true technical collaboration.”

“I have been with Hyundai Motorsport since 2014, so I have seen first-hand the way in which the team works in partnership with Shell. When we compete on the limit, we must find every tenth-of-a-second we can. The evolution of our cars over the years has been helped by this technical co-operation between these two companies who understand what it takes to find performance – and deliver it when it is needed. We cannot score podiums and victories like we did in Sardinia recently without such a partnership.”

“The extension of the title sponsorship and technical partnership represents a strong and valuable platform for Shell to showcase its technology leadership, using motorsport as the ultimate product development test bed. It will enable our teams to continue their joint work to help us achieve our respective current and future sustainability ambitions and initiatives. The learnings of that joint work will continue to be transferred directly into the development of Shell Helix Ultra lubricants to benefit Hyundai customers around the world, helping them to minimize their carbon footprint.”