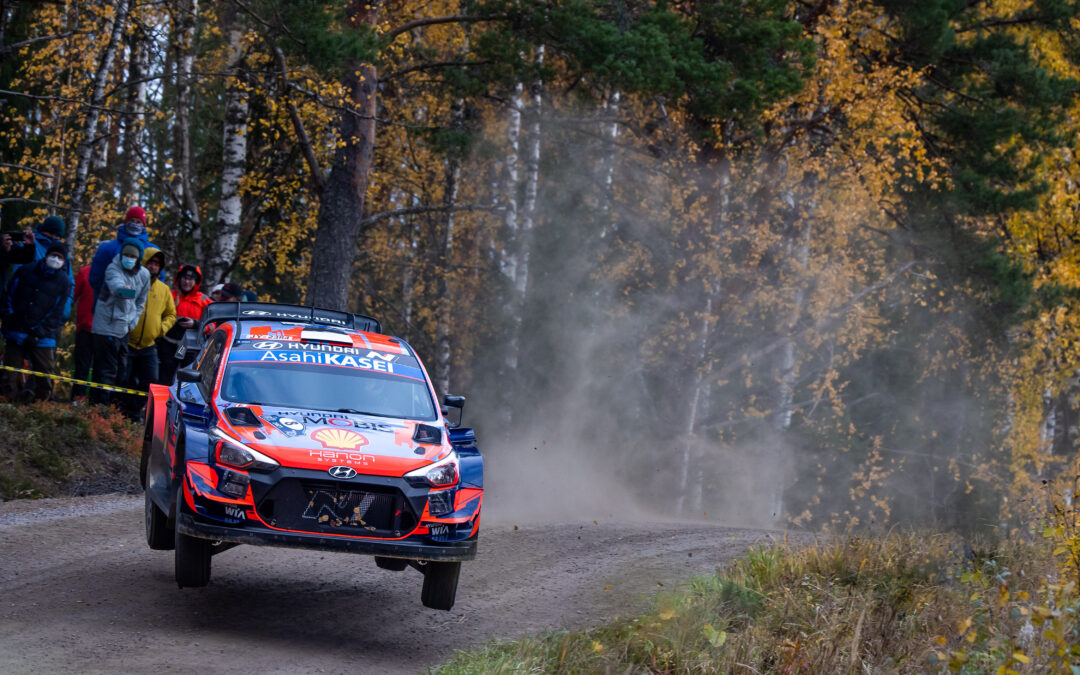 Hyundai Motorsport head into the final day of Rally Finland in command of the event with Ott Tanak in second place overall just 9.1s behind event leader Elfyn Evans in his Toyota following four stage wins for the Estonian and his teammate Martin Järveoja and speaking following the day’s action he said:

The pace has been quite good today; I was trying hard on every stage. In the afternoon, the grip was higher so it was easier to manage the car and I could push a bit more. I tried to put as much pressure as possible on Elfyn and push him hard, so that if he is able to win then it will be because he deserves it. But from first thing tomorrow morning we will try our best to battle for the victory.

Craig Breen and Paul Nagle went into day two leading the rally however they fell back over the course of the day and are in third place overall as a result but are still on for their third podium finish in a row and speaking following the action, Breen said:

I’m really proud of what we’ve done so far, managing to do these two full days without making any mistakes and staying consistent, so we have to be happy with that. It’s slightly frustrating to lose some time to the top two, but it’s just the case of them having that little bit extra today. It’s a short day tomorrow, but it’s one that still needs to be treated with respect. I would love to get another podium and make it three in a row, as that would be amazing for me and Paul. I’m looking forward to it.”

Thierry Neuville was in fifth place before an incident on SS14 forced him to retire from the event however, he will be back in action for the final day of the competition on Sunday.

Everything was going well, but a couple of kilometers into the stage on a fast left corner there was a compression which damaged the radiator. We immediately got a water pressure alarm and then three corners later I saw that the temperature was getting higher and higher, so we knew that it would be difficult to go to the end. We tried our best to solve the issue, but the leak was too big and we had to retire the car. It is a shame as it had been a good day, but unfortunately there was nothing we could do

“It has been a complicated day, but the outlook is positive. Especially with Ott, the battle is still there and we are absolutely in a position to fight for the win tomorrow. Craig has a lost a bit of ground, but he has also had an amazing day. It is a pity with Thierry, as his incident was something that happens once in a lifetime. However, we have to appreciate that this is the most competitive Hyundai has ever been in Finland, which is proof of the great job my people have done. I would like to thank the crews, engineers and mechanics for their strong effort that is allowing us to challenge for the win in a competitor’s land.”