I Am Excited To Get Back In The No.6 Arrow McLaren SP Chevrolet This Weekend 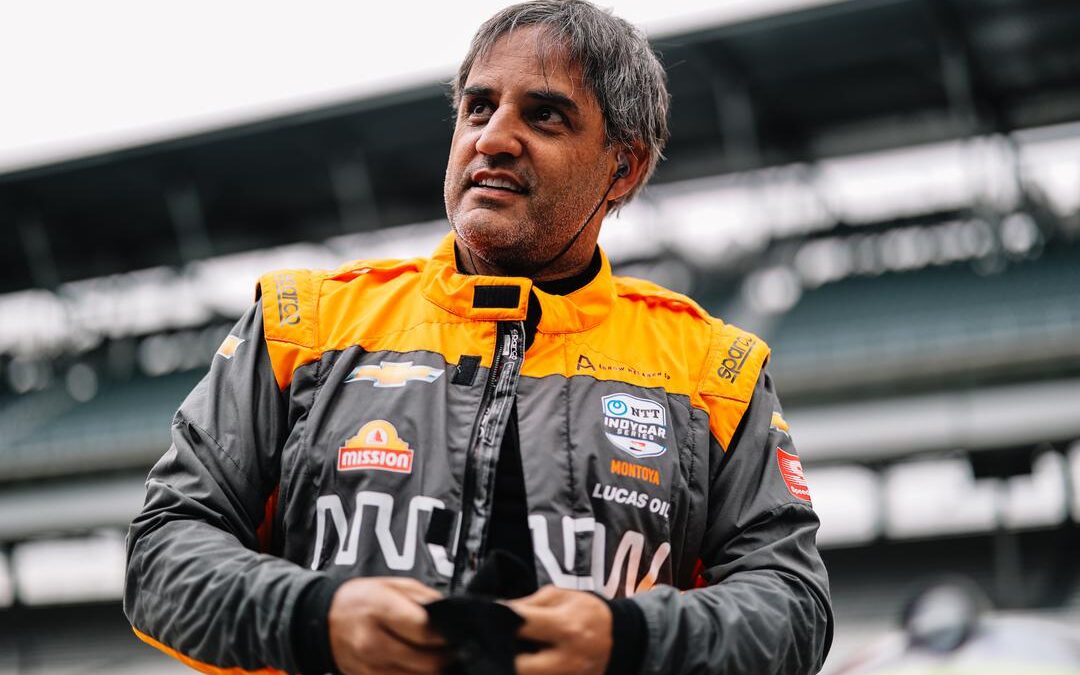 Two-time Indianapolis 500 winner Juan Pablo Montoya says that he is excited to be getting back into the No.6 Arrow McLaren SP Chevrolet for this weekend’s GMR Grand Prix on the Indianapolis Motor Speedway road course as he returns to McLaren for the month of the May.

Speaking ahead of the race this weekend, Montoya said:

“I am really excited to get back in the No. 6 Arrow McLaren SP Chevrolet this weekend. It’s gonna be a really challenging weekend, as we haven’t done any testing here but hopefully the starting balance is not too bad. But we need to remember why we are doing this and it’s all preparation for the Indianapolis 500. So, the better we work together here, it’s going to give us a head start for the big one.”

Pato O’Ward in the No.5 Arrow McLaren SP Chevrolet heads into this weekend’s race at the Indianapolis Motor Speedway having taken victory last time out in Barber Motorsports Park and speaking ahead of the weekend he said:

“The most intense part of our season starts now with the GMR Grand Prix so it’s important for us to get a solid result to keep the momentum we have built up over the past few races, leading into the Indianapolis 500. In the past, this has been one of our most challenging tracks as a team but I am excited to get back to IMS and make the Arrow McLaren SP Chevrolets faster and better.”

Felix Rosenqvist in the No.7 Vuse Arrow McLaren SP Chevrolet is also excited to be heading into the month of May starting this weekend and speaking ahead of the GMR Grand Prix he said:

We are excited to be going into the month of May with the GMR Grand Prix. It’s a track we have to be good at because we race here twice and it hasn’t been one of our stronger tracks in the past. I think we had some really good improvement last year, including being really strong in qualifying. The team has put in a lot of work over the past year to make sure we come to the IMS road course with a stronger package, so I’m pumped to see where we are this weekend.

“Then we’re going into the big one next week so the focus shifts quickly. I think we’re in a good spot and ready to go. We are ready for May.

Arrow McLaren SP President Taylor Kiel says that the team are excited to be heading into the month of May which is a big one for the outfit as they expand to a three-car outfit with the addition of Juan Pablo Montoya.

The month of May in Indianapolis is upon us. We got the month started off right with a win at Barber Motorsports Park and now our full focus is onto the GMR Grand Prix this weekend and then onto the Indianapolis 500. So certainly, a lot of points at stake here in the next two and a half weeks.

“The IMS road course was a good circuit for us last year, we were on the pole with Pato but we didn’t race as strong as we would have liked. So, we are looking to have a good solid weekend on all fronts; qualify well, race well, and collect a lot of points. Then our focus as a team will shift then to the Indianapolis 500 and that schedule ramps up pretty quickly with practice and then straight into qualifying and then the race.

“Big changes for us this month, as we are a three-car team now, welcoming Juan Pablo Montoya onboard for the GMR Grand Prix and Indianapolis 500. It’s an exciting time for all of us here, expanding our efforts to three cars but ultimately totally focused on collecting the most points we can for our season challengers and give Juan the best opportunity to enhance our two-car effort; but also, an equal shot to win both of those races.

“So, we are very excited, a lot of hard work has gone into this month, dating back to this time last year. It’s a yearlong process to get prepared for these races, specifically the 500. We’re all excited to get going, it’s a lot of the team’s favorite time of the year, very hectic, a lot of work but very gratifying at the end; especially if we have good results. So that’s the goal and the focus starting now.