I am Just Happy To Be Back In An IndyCar 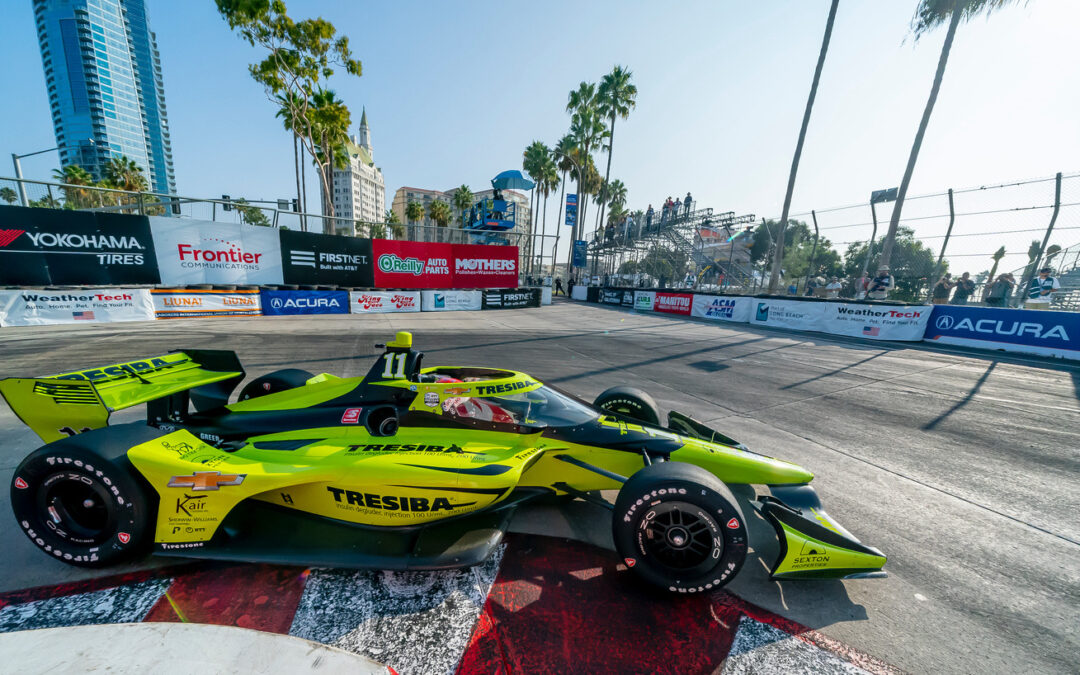 Charlie Kimball may be starting today’s NTT IndyCar Series championship deciding Acura Grand Prix of Long Beach from 20rh place on the grid however that doesn’t matter to the Californian as he is just happy to be back racing in an IndyCar.

Well, I don’t know about the qualifying result but I’m still grinning from being back in and Indy car. “It’s been so much fun this weekend. First and foremost, most of the credit goes to the AJ Foyt Racing crew. The No. 11 crew guys have made sure the car ran flawlessly both practices through qualifying. Qualifying we missed it a little bit on the grip and the result wasn’t great, it wasn’t what we wanted as a team, but we know there’s some left on the table for the race tomorrow.”

Sebastien Bourdais in the No.14 ROKiT Chevrolet starts today’s 85 lap race from 22nd place with a time of 01:09.7022s and speaking following the action the disappointed Frenchman said:

Pretty disappointing qualifying for the ROKiT Chevrolet No. 14. “Kind of paying the price for my mistake this morning. Made the change that seemed to be a good thing for our teammates, but it ended up causing another issue. Bounced off the rear third (spring) going into Turn 1 and locked everything up—rear and front [brakes]. Unfortunately, that was on what had to be the fastest lap. It’s just a real shame, now we’ll be starting well out of position. Not sure what we can do, but we’ll dig as hard as we can and see what we can do tomorrow.

Dalton Kellett in the No.4 K Line Insulator Chevrolet starts today’s race from 26th with a time of 01:09.9144s and speaking following the action the Canadian said:

Overall, a tough qualifying session for us, obviously not where we want to be starting with our team cars towards the back. “The field’s very tight, very competitive and a couple tenths [of a second] puts you in the mix. From our end, we’ve been fighting some oversteer most of the weekend. Our street course car we typically have a better front end versus the road course so trying to get the rears to work a bit better and allow me to come off the brakes and really roll speed through the middle of the corner. Just happy from practice to tighten up the gap to Seb and Charlie, so that’s a gain for the 4 team. We’ll try some stuff out for tomorrow. We have three cars so we can really evaluate different packages for the race and see what we all hone in on and what we think is going to work best for tomorrow.”