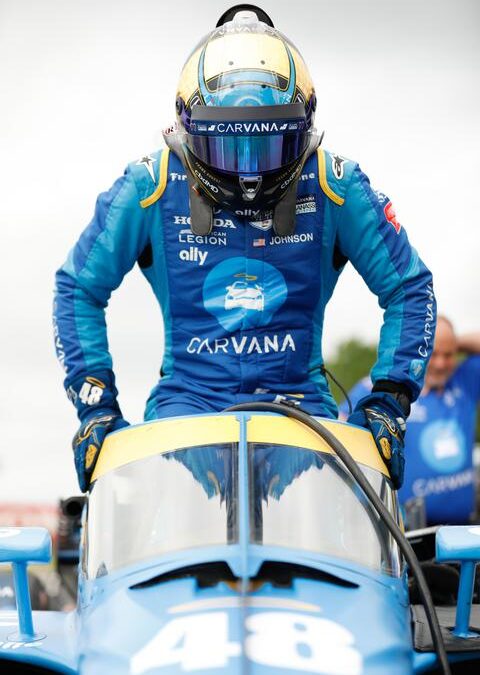 Chip Ganassi Racing’s Jimmie Johnson in the No.48 Carvana Honda says he is looking forward to getting back on track for this weekend’s GMR Grand Prix of Indianapolis on the IMS Road course.

Speaking from Charlotte this week as he took part in a golf tournament for his Jimmie Johnson Foundation, the seven-time Monster Energy NASCAR Cup Series champion says that he feels that he is making improvements in his performances but that right now it may lot look like it.

The Indianapolis Motor Speedway road course is the track where Jimmie Johnson has the most experience.

Johnson’s first NTT IndyCar Series test came here in 2019 before he began his career in the series on the road and street course events while series veteran Tomy Kanaan races on the ovals.

This season, Johnson has taken over the No.48 Carvana Honda full-time and will make his Indianapolis 500 debut on Sunday, May 29.