I Am Really Happy With How The Car Is Performing 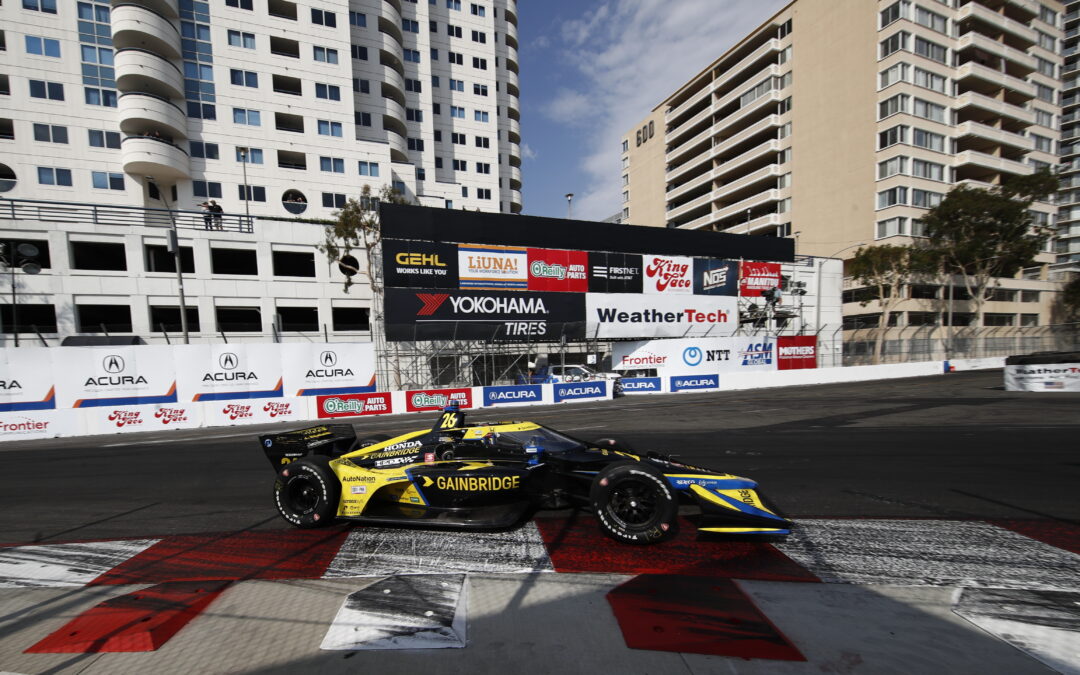 Andretti Autosport’s Colton Herta in the No.26 Gainbridge Honda says he is very happy with the car is performing after the Californian led the way in practice ahead of Sunday’s 2021 NTT IndyCar Series season-ending Acura Grand Prix of Long Beach.

I’m really happy with how the car is performing. The Gainbridge Honda is really fast. And, I had a nice surprise in seeing that Gainbridge has a full-on bridge over Turn 9. Which is awesome to see. It looks great! They continue to help out the sport so much. I really appreciate them; they’ve given me this opportunity to race Indy cars for Andretti Autosport and I’m really happy for that. And the car is good. So everything is happy!”

Ryan Hunter-Reay in the No.28 DHL Honda was fifth fastest with a time of 01:09.5154s and speaking following the action he said:

We had a pretty good start to the weekend. P2, overall, before the other drivers took a second set of tires – we only used the one set. We ended up P5, just a couple tenths back. It’s a good start. There were a lot of yellows, so we didn’t really get into a rhythm. Looking forward to Saturday.”

James Hinchcliffe in the No.29 Capstone #ShiftToGreen Honda had a great session with a 01:09.6276s and speaking following the action he said:

Solid start for the 29 car. Andretti Steinbrenner rolled off the truck with a really good car. It’s tough out there with 28 cars on a short track; it’s really hard to get a lap. I think I only went through Turn 9 at speed once with everyone backing up and trying to get gaps. But the Capstone car is strong. I think there’s maybe a couple places we can maybe make it a little better and hopefully we’re still in a good spot for tomorrow.

Alexander Rossi in the No.27 NAPA Auto Parts Honda was ninth and speaking following the action he said:

Happy to be back in Long Beach. It’s good to see a strong turnout already on Friday. Just one practice session today, so we’ll see what tomorrow brings.”